PRISM Never USed to Be A Frightening Word

"PRISM" NEVER USED TO BE A FRIGHTENING WORD! 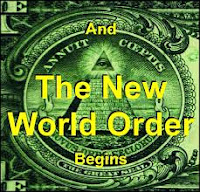 In Secret, Court Vastly Broadens Powers of N.S.A. - NYTimes.com
Secret Court?  When did the authors of the United States Constitution form this 4th branch of Government?  The truth is, they didn't!  Now don't get me wrong, I know there has been a conspiracy to usurp our Constitutional Republic ever since the Constitution was penned in draft the very first time.  Secret Societies have been part of this nation, and exposure of them has always been disregarded as "conspiracy theory".  It is with my deepest regret that I inform you that it is no longer a "theory", but it is instead, a fact.

Barbara Leypoldt replied to Robin's discussion Barr Announces Multiple Lawsuits as Part of DOJ Crackdown on Sanctuary Cities.. California, New Jersey and Washington
"ICE isn't playing around any longer. They are issuing subpoenas for all sanctuary cities and…"
20 hours ago

Barbara Leypoldt replied to Susan Taylor's discussion FORGET PARIS: United States Led Entire World In Reducing CO2 Emissions In 2019
"You will never hear this on the news. They just keep pushing this climate stuff and NEVER go after…"
20 hours ago

Wow! Dershowitz, “That’s going to come out in a lawsuit in the near future. Yeah.”Harvard Law…See More
20 hours ago
0 Comments 0 Likes