Joe stand-up-chuck Biden will be heading to Pittsburg w/ his hands out. It is after all what dems do best.

He also made it a point to tell Barack Insane Obama NOT to endorse him.  LOL  I guess he doesn't want the famous BO kiss-of-death.  Here's another funny: Joe kicked off his video/campaign w/ the left's garden variety of lies: racism.  How original.

Reagan described the Democrat's campaign stump as a pile of manure.  Today it's reached above  The Himalayas.

Btw, Rush suggested a kissing booth as a fundraiser.  LOL

How about a -scratch-n-sniff?

Release the "Gaff Machine" It will be fun to watch Trump destroy him.

The Democrat field so far is a freak show. A kiddie toucher, a meth head drunk driver, a serial slut, a whacky old commie, a fake Indian and a handful of dipshits and dumb dumbs that's no one has ever heard of.

Worse than the bar scene in "Star Wars"

Your comments are so funny, Luis!

These twins are so funny!

I have a SERIOUS PROBLEM with Biden and what he does with little girls. 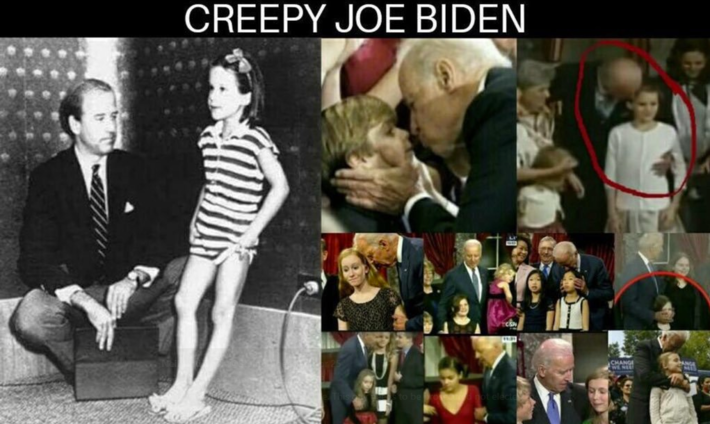 Thanks for your grand humor!  Still laughing!

So Biden wants to ‘Make America Moral Again’.  The Biden rallying cry will be ‘MAMA’  ‘MAMA’ ......grab the popcorn.  Trump will have a field day!

"MAMA" = The nanny(socialist) state.  Biden is gonna go down in flames ala Hillary. (Have you heard about her stadium tour?  LOL)  If crazy-Joe has any sense of reality left he'll bow out now.  Talking about reality...The voters favoring  the likes of Biden, Bernie or "Beto" are really taking a magic-carpet-ride.

And brains full of lard

Patriot2Opine replied to Ruthann's discussion The Unsinkable Ship Titanic AMERICA is Sinking!
"So true. Hypocrisy, lies, open hostility and where does it take us? Just a little historical note…"
6 hours ago

Duke replied to Ruthann's discussion The Unsinkable Ship Titanic AMERICA is Sinking!
"We got thru Barkey boy, we can get thru Obiden and knee pads Harris. It's going to be hard to…"
yesterday

Jodi180 replied to Ruthann's discussion The Unsinkable Ship Titanic AMERICA is Sinking!
"It's maddening, Ruthann...and frightening. It's really hard to realize that the left…"
yesterday

Patriot2Opine replied to Watchman's discussion Massive military presence in D.C.
"It has been a wild ride in the last twelve years. I would not have believed that we could fall so…"
Tuesday

Duke replied to Watchman's discussion Massive military presence in D.C.
"    IMHO...Hopefully they are there to remove all the evil democrat traitors who have put…"
Saturday

Question: why is there such a massive military buildup in D.C. for a virtual inauguration that is…See More
Friday
2 Comments 0 Likes