Please update this list as you see new arrests. Thank you!

When 36-year-old George Castillo of California drove to Los Angeles International Airport in April, law enforcement says he expected to meet a 4-year-old and a 9-year-old girl. Castillo had a stuffed animal. And various sex toys.

Around the same time, Joseph Donohew, 26, of Indiana, shelled out $100 downpayment to a man he thought was the father of a 9-year-old girl. The deal? It was for sex with the child, police said. Donohew brought a girl's nightgown with characters of the Disney movie "Frozen" on it, police say.

Neither Castillo or Donohew met their intended targets, officials said. Instead, they were both arrested after two of the people they spoke with were New Jersey State Police officers -- not a child trafficker or fathers of young girls. 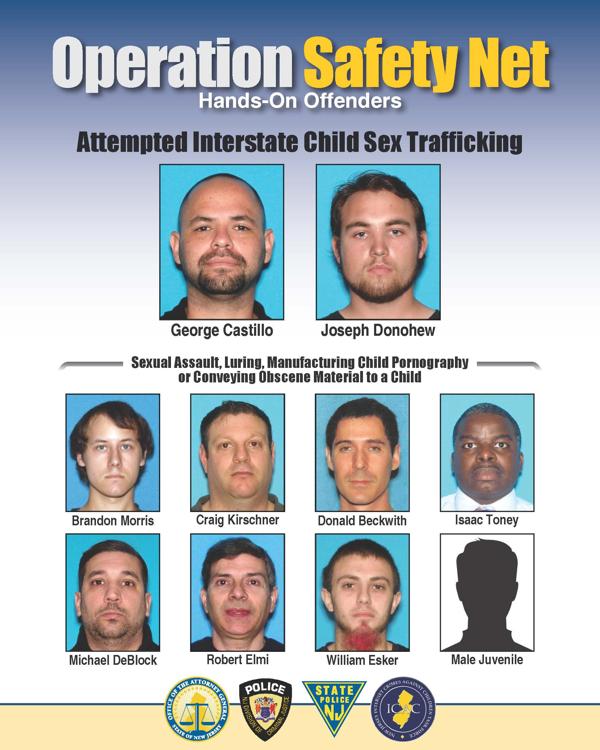 The dozens arrested include a Trenton police officer, a swimming coach, a captain in the Air Force, a piano teacher, three brothers and an IT professional who  could end up having more than 1 million files of child pornography once a full examination of his computer equipment is complete, according to the state's attorney general.

"The men we arrested lurked in the shadows of the internet and social media, looking for opportunities to sexually assault young children or to view such unspeakable assaults by sharing child pornography," Porrino said in a news conference with other law enforcement officials at the State Police Technology Complex in Hamilton Township.

Porrino described the sexual exploitation of children as a "horrific problem" that doesn't "appear to be subsiding."

It was also a chance for State Police to show what technology and new methods they're using to catch people, including dogs who can sniff out hidden thumb drives or cell phones inside the homes of suspected offenders.

The demonstration came with a stark warning for people who prey on children or share child pornography. 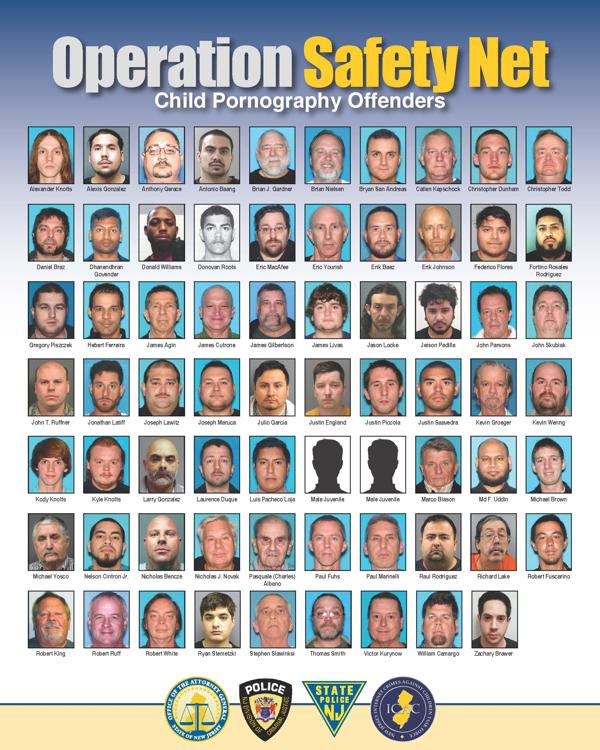 "If you're lurking in a chat room or on social media looking to exploit a child, ... our investigators are lurking alongside of you," Porrino said.

Porrino said those who have children should "trust your instincts" and "pay attention."

"Are they behaving differently? Are they being secretive or protective of their cell phones?" Porrino said.

Parents and guardians should educate their children and tell them about the risks of the internet and online phone apps and video games.

The attorney genral's office didn't say whether any of the arrested men had lawyers.

Castillo faces federal charges of transportation of a minor with intent to engage in criminal sexual activity and production of child pornography, as well as New Jersey charges including first-degree conspiracy to commit child trafficking.

Donohew was charged in Indiana with attempted child molestation.

Eight people were charged with various "hands-on" crimes, Porrino said, that include sexual assualt and luring a child or manufacturing pornography, according to the attorney general's office. They are:

-- William Esker, 22, of Bayonne, charged on Sept. 7 by the Hudson County Prosecutor's Office with aggravated criminal sexual contact for allegedly engaging in sexual conduct with a girl, 14, over whom he had direct supervision as a camp counselor, police said. He also is charged with providing obscene material to a child and endangering the welfare of a child. -- Donald Beckwith, 34, of Browns Mills, charged in Delaware with sexual solicitation of a minor and attempt to commit unlawful sexual contact with a minor, police said. Beckwith is a captain in the Air Force stationed in New Jersey.

-- Michael DeBlock, 22, of Hopatcong, a youth minister, arrested on Oct. 10 and charged by the Sussex County Prosecutor's Office with possession of child pornography and conveying obscene materials to a child.

-- Brandon Morris, 24, of Hammonton, arrested on Oct. 17 and charged by the Atlantic County Prosecutor's Office with manufacturing child pornography, endangering the welfare of a child by sexual conduct, conveying obscene materials to a child, and possession of child pornography.

-- A 17-year-old student from Bergen County, whose name is not being released due to his age, arrested on Aug. 17 and charged by the Bergen County Prosecutor's Office with manufacturing, distributing and possessing child pornography, as well as invasion of privacy.

-- Craig Kirschner, 39, of Marlboro, arrested on Aug. 21 and charged by the Hudson County Prosecutor's Office with luring a child, attempted sexual assault of a minor, and conveying obscene material to a minor.

-- Isaac Toney, 40, of Trenton, arrested on July 17 by the New Jersey State Police and charged with luring a child.

-- Robert Elmi, 63, of Gillette, arrested by the New Jersey State Police on Nov. 9 on a charge of luring a child.

Eleven would be considered "super-possessors" under a new law set to take effect in 2018. They are:

-- William Camargo, 48, of Millington, an IT professional, accused of having more than 138,000 files of suspected child pornography, and possibly more than one million files.

-- Gregory Piszczek, 35, of Woodbridge, an IT professional, allegedly had over 4,000 files.

According to the attorney general's office, the following were charged with possession and/or distribution of child pornography:

-- Victor Kurynow, 58, of Bedminster (attempted possession and conveying obscene materials to a minor).

-- Jeison Padilla, 29, of Somerville (possession and conveying obscene materials to a minor).

They need to be removed from society. Either life in prison or death. I lean towards the latter...

I will go with castration or a bit or Lorena Bobbit action for these predators, Bruce.

Yes, just in NJ! I can't imagine what large state will bring in way of arrests. I see most of them are from North Jersey. Heavily populated up north.

I must give huge props to my NJ State Police!! The NJSP has one of the most awesome Cyber Crimes Units in the country! Way to go guys! 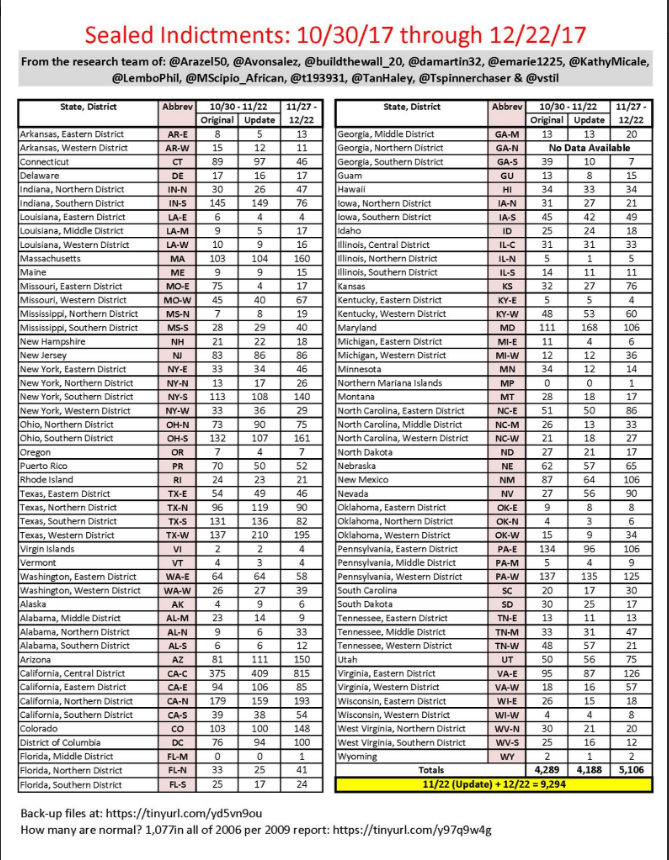 I support these guys...

we've gathered the world's experts in extraction operations and in anti-child trafficking efforts to bring an end to child slavery. O.U.R.'s Underground Jump Team consists of former CIA, Navy SEALs, and Special Ops operatives that lead coordinated identification and extraction efforts. These operations are always in conjunction with law enforcement throughout the world.