Thought this was a pretty good read!

By Craig Andresen – The National Patriot and Right Side Patriots on cprworldwidemedia.com 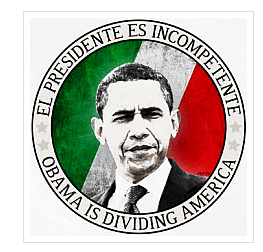 We now have Uber Gruber on tape, not once, not twice but THREE times questioning the mental acuity of liberal/socialist voters…both the street variety and elected ilk, regarding Obamacare and one now has to wonder if the Lame Ducktator is also counting on liberal/socialist voter stupidity to sell his latest turd to the gullible.

Just as these willfully knot-headed smarter-then-their-voter-base elitists have changed the name of “global warming” to “climate change” counting on liberals and socialists to be too stupid to realize all they’re talking about is THE WEATHER…they have also decided to call ILLEGAL ALIENS…”undocumented workers” and AMNESTY…”immigration reform.”

What should we expect from regressives who call THEMSELVES…”PROgressives?”

After the red tide rolled in on election night and blue became the decided MINORITY in both houses of our governmental body, the Lame Ducktator has had to ramp up his efforts regarding the rewarding of ILLEGALS for the breaking of our laws.

Yesterday, Obama’s insipid 10 point plan to bolster his voting base of stupid sheeple was made public and the rush by both elected and anointed lame brains to support the Executive Orders was amusing…amusing if one such as a Conservative, smart enough to employ the liberal bullcrap decoder ring came along to translate.

First…we have congressman. Juan Vargas, a liberal/socialist who fits Gruber’s requirements for the perfect torch bearer who rushed up to the nearest microphone and spewed forth…“We’re begging the president. Go big. These [illegal immigrants] are a plus to our nation. Mr. President, please. You said you were going to do something. Do it. Act now.”

Translation: “We’re BEGGING…because WE’RE DESPERATE AND DON’T WANT TO LOSE ANOTHER ELECTION…Go big because, if you’re going to ignore the Constitution you may as well SHRED IT AT HIGH NOON!!! These ILLEGAL ALIENS who broke our nation’s laws the split second they set foot on our sovereign soil are a plus to our liberal/socialist voter rolls. Mr. Lame Ducktator…PLEASE…YOU SAID YOU WOULD…YOU PROMISED…WHAAAAAAA…please…pretty please before it’s too late and we can’t find a socialist in congress without subpoenaing your proctologist…do something. Act now.”

Then came House Democratic (nowhere near as smart as a)Whip Steny Hoyer who held up HIS end of the Gruber assessment of the elected liberal brain-dead voting bloc and said…“I join with my colleagues in urging the president to take action. What he needs to do is give immediate relief to families who are being wrenched apart and living in fear.”

Translation: “I join with my comrades in our palpable sense of mass desperation as we PLEAD with the Lame Ducktator to…FOR THE LOVE OF…well…not God because we booed Him at the convention but…FOR THE LOVE OF GREEN ENERGY to take action and MANDATE SOMETHING!!! What he NEEDS to do…to replace democrats who are fed up to here with our lies…is give IMMEDIATE FREE CRAP like Obamaphones,,,educations…houses,,,food…and OBAMACARE (because, let’s face it…as GREAT as Obamacare IS…people just keep dropping out and it doesn’t look good) to whole ILLEGAL ALIEN FAMILIES and their EXTENDED, LAW BREAKING, ILLEGAL ALIEN FAMILIES and TO ILLEGAL ALIENS who have only HEARD of their extended, LAW BREAKING, ILLEGAL ALIEN, SQUATTER families who won’t get a job or learn English and are living in fear that once the inner city black community teat suckers get done there won’t be enough breath mints to counteract the liberal butt-kissing side effect of halitosis left for them.”

And finally…with all the mental prowess of a genital wart…Angela Maria Kelley, the vice president for immigration policy at the Center for American Progress, stepped up and proudly proclaimed that “deferred action”…the liberal/socialist code phrase for…”COME ON IN WE AIN’T GONNA DEPORT YOUR ILLEGAL ALIEN ASSES” is a “tried and true component of immigration policy used by 11 presidents, 39 times in the last 60 years.”

Translation: “Letting illegal aliens into the country and not sending them home has certainly increased our liberal vote count for the past 60 years so why not do it some more?”

But the boil near the keester of MENSA wasn’t done…Kelley went on to state…”for many undocumented immigrants who have been here for years, there is no line for people to get into.”

This last statement doesn’t really require a translation as much as it is begging for clarity of thought…a foreign component of the liberal mentality Gruber is so giddy about.

Ms. Kelley…THAT’S THE FREAKIN’ POINT…THERE IS NO LINE FOR THOSE ILLEGAL ALIENS TO STAND IN…AND THERE DAMN WELL SHOULD BE…ON THE OTHER SIDE OF THE BORDER!!!!!

Folks…via Executive Order…Obama intends to suspend the Constitution, bypass congress thus rendering the will of the people who elected them null and void and halt the deportation of MILLIONS of ILLEGAL ALIENS…in essence…extending the cloak of protection for those who are criminals,having broken our nation’s laws…not only for illegal alien children who were brought here but ALSO for THE ILLEGAL ALIEN PARENTS WHO ENGAGED IN HUMAN SMUGGLING TO GET THEM HERE.

This Executive Order would also protect some 4.5 million ILLEGAL ALIEN ADULTS who have U.S. citizen ANCHOR BABIES from deportation.

Back in 2012…again by EXECUTIVE ORDER…WITHOUT THE CONSENT OF CONGRESS and against the rule of law spelled out in our Constitution…Obama unilaterally mandated that illegal aliens who arrived in the U.S. as children before June 2007 and were under the age of 31 as of June 2012 would be allowed to stay…as “dreamers.”

Well…this NEXT illegal Executive Order will EXPAND that list of so-called “dreamers” to include any ILLEGAL ALIEN who entered before they were 16 YEARS OLD , and change the cut-off date from June 2007 to Jan. 1, 2010 thus clearing the way for another 300,000 criminals.

Naturally, there IS a cost for “dreamers” because of certain paperwork but…for the 1st 10,000 to step up under this new Executive Order…THEY’LL GET THERE CRIMINALITY EXPUNGED FOR 50% OFF UNLESS, OF COURSE…THEY ARE ALREADY SPORTING AN INCOME 200% ABOVE THE POVERTY LINE!!!

Under the stroke of the Lame Ducktator’s pen this time around…TECH jobs would be offered to ILLEGAL ALIENS BY OUR DEPARTMENT OF STATE as a …get this…PATHWAY TO CITIZENSHIP and THAT bit of bullcrap will cover another 500,000 ILLEGAL ALIENS…PLUS THEIR SPOUSES for a grand total of up to 1 MILLION MORE CRIMINALS!!!

Yet another little hidden turd in this Executive Order pudding cup is that the program known as “Secure Communities” will be done away with and…REPLACED BY A NEW PROGRAM!!!

All those who can fit under the protective blanket of this soon to be signed Executive Order will receive, for their unwavering steadfastness in breaking our laws… work authorization in the United States, their very own Social Security numbers and…A GOVERNMENT ISSUED ID CARD!!!

You know…just like the ID cards this regime claims are racist.

Not only will Obama be excusing mass criminal activity…he will be ENCOURAGING MORE OF IT by sending the message worldwide that his political party will REWARD you when you break our laws!!!

Make no mistake, the actions outlined in this proposed Executive Order are unconstitutional and as ILLEGAL as the aliens protected by it. It is a criminal enterprise. If Obama signs and enacts this, he will have thrown congress aside for the rule of a dictatorship rendering himself a criminal according to the Constitution and any IN congress who advocate such actions via Executive Order…should also be considered as criminals.

On the up side…the proclamation does include a wage raise for border security agents to…and I am not making this up…it’s in the Executive Order…to boost their moral.

All of this leaves me with one question.

Are Obama’s Executive Orders available in a two ply?

Because the paper he’s using now is really beginning to chap my ass.

Comment by NativeCollector on November 16, 2014 at 9:07am
The author certainly doesn't mince words. The series of Gruber videos should really insult the low info voters, but they may be really too stupid to get it.

The low info voter will still laugh, thinking it wasn't directed at them. Then they will continue to support this moron and clap like a seal when they see him!

Good Post Robin.  It is beyond "absurd."  If the goal of Obama is not the destruction of America, then I have to say that I have zero clue then what he is doing.