The Way I See It:
Geezzzz!!!!! Stop apologizing already!!!! There was nothing to apologize for, the statement wasn't derogatory in nature in nuance or innuendo, it was a fact of life. "Beauty attracts for the propagation of the species." Not sure where I heard that quote, but it stuck with me for as many years as I can remember. Mike Milbury, reach to your crotch,…

FOUR FOUL BALLS, YOU'RE OUT!!!

As I watched the first day of the Republican Convention, my mind kept jumping back in time to the final day of watching DNC's amateurish production of what I can only refer to as moderately mediocre but painfully boring. The entire 4 long days of watching speecifier after speechifier whine and complain about America's systemic racism, which in my opinion is non-existent. The hour's of ongoing droning…

The Way I See It:
Did anyone catch these three stooges last night at the 1st Virtual DNC convention? I watched Andrew Cuomo change the name China/Wuhan Virus too the European Virus, I wonder how far into his personal toilet he had to reach to come up with that bald faced misinterpretation? I doubt…

Lunacy of the Left/Science's Sinking Ship

"ARCTIC OCEAN GETTING WARMER; SEALS VANISH AND ICEBERGS MELT"  Now, this article is available if you take time to Google it, just as is.  My point being that global warming catastrophes have been predicted long before the very first "Earth Day".  So our parents and grandparents had their wits shaken by scientists, who by all intentions meant well.  But the stories begat the spark that evolved into the this multi-billion if not…

If there was a stronger word for furious, I'd be using it.  It appears that the so-called Conservative congressmen have once again caved to the Progressive Communist Democrat Party.  This new budget is a joke, but it's not funny, not in the least.  The budget is a huge victory for the Progressives and a huge slap in the face to Conservative voters who placed the Republicans in control of all 3 branches of government.  The new budget had to be written by Democrats, but I don't believe it…

Carly Fiorina Shows Just How Ignorant She Is

On September 27, 2015 Carly Fiorina in an interview said " I would be fine with a Muslim in the White House."

If there was ever anything that would make me not vote for anybody, for any office, it is their pure ignorance of Islam.  In this era, how could anyone with a functioning cerebrum make the statement that candidate Fiorina did?  I've heard of being out of touch, but she went on to say that our U.S. Constitution protects people from being discriminated against for their…

A VERY DISTURBING AND DANGEROUS DECISION!!!…

Ladies and Gentlemen, I Present to You

Ladies and Gentlemen I Present To You....

LADIES AND GENTLEMEN, I PRESENT TO YOU THE SELF PROCLAIMED WARRIOR FOR THE MIDDLE…

ADMINISTRATION TRUTH IS A LABRYNTH OF LIES…

SANDY HOOK, WHERE GOD STILL EXISTS IN SPITE OF THE ACLU AND FFRF.… 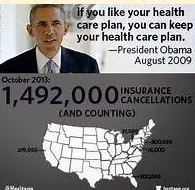 NOW THAT THE LAST PIECE OF THE PUZZLE...

Duke replied to Watchman's discussion Massive military presence in D.C.
"    IMHO...Hopefully they are there to remove all the evil democrat traitors who have put…"
yesterday

Question: why is there such a massive military buildup in D.C. for a virtual inauguration that is…See More
Friday
1 Comment 0 Likes

I received this last night from a friend. Please read it, and maybe forward it to your…See More
Jan 9
0 Comments 0 Likes

Watchman replied to Jodi180's discussion Stolen Election? If So, Can It Be "Unstolen"?
"So, the Big Tech Iron Curtain is purging Trump and anyone that supports him. Members in Congress…"
Jan 8

Jerseygal left a comment for Sharon L Moore
"Welcome to Fundamental Refounding! We look forward to your working participation and contributions…"
Jan 8

Sharon L Moore is now a member of Fundamental Refounding
Jan 8
Welcome Them!

Jerseygal replied to Jodi180's discussion Stolen Election? If So, Can It Be "Unstolen"?
"After reading so much about the cheating by the Dems, I now believe that President Trump won the…"
Jan 4

Jerseygal left a comment for tom schneider
"Welcome to Fundamental Refounding! We look forward to your working participation and contributions…"
Jan 4

tom schneider is now a member of Fundamental Refounding
Jan 4
Welcome Them!