Note to the Republican Party: There Is No Fiscal Cliff!

Note to the Republican Party: There Is No Fiscal Cliff!

At least, not for the Republican party. There is no shortage of confiscated wealth, either. This is a disaster four years in the making & it is not the fault of Republicans, who are once again taking the blame,…

The Harbinger by Jonathan Cahn

If anyone has not read this book, it's a must. While it is just a comparison from similar events 2000 years ago, it certainly does make one wonder about the eerie similarities to what has been going on here, especially since 9/11/2001.  The basic synopsis is we reap what we sow.  Your library should have the book and also a DVD titled Isaiah 9:10.

Basically the US needs to humble itself and turn back to God.  We have become haughty, arrogant, self important and sadly thinking we do… 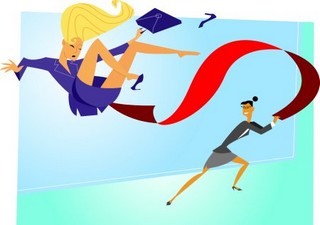 Obama has demonstrated zero flexibility on his insistence that higher tax rates for the wealthy kick in on January 1, 2013.

To those familiar with “progressive” modus operandi, it is not surprising that the White House and their “progressive” political allies envision Medicare and other “entitlement” savings happening ten to twenty years from now.

With events scheduled for in the White House and on the road, Barack Obama is back on the campaign trail spreading his message, with the clear and obvious intent of pressuring Congress into agreeing to his "fiscal cliff" terms.

While he will make claims to a willingness to listen to all ideas and negotiate with all parties, in fact he will endlessly argue for ending the current tax rates on Americans making $200,000 and above while accusing Congress of holding middle income families…

McCain, Lindsay Graham and Kelly Ayotte said concerns they had about Rice’s misleading statements regarding the attack on the U.S. Consulate in Benghazi, Libya which resulted in the deaths of the U.S. ambassador and three other Americans have grown, not diminished.

Egyptian President Mohamed Morsi declared he is exempt from overview by Egyptian courts, saying they cannot overturn any decision or law he has issued since taking office or until a new Egyptian constitution is finalized.  Morsi also decreed that Egypt’s courts will have no authority or oversight over a constitution-writing panel dominated by Islamists.  The Islamists on the…

As the country spins in a minor whirlwind of mini-scandals, the…

If we don't teach children about America, it's already too late.

The revisions & the lies that American children are being fed by the liberals insure the ultimate death of our Constitution, self reliance, common good and respect for the United States. Why I never hear this being addressed as a major issue is beyond me. Shouldn't this drum be beat every day? It determines the life or death of our country by the very roots of our foundation.

We would never allow our schools to feed our kids poison for lunch, yet we continue to…

To the Republican Party: Per Ronald Reagan, It is ‘A Time for Choosing’

To the Republican Party: Per Ronald Reagan, It is ‘A Time for Choosing’

Having taken time after the election to reflect upon, and review what pundits are saying about the Mitt Romney campaign, the people…

Despite that Secretary of State Hillary Clinton has yet to resign and Barack Obama has yet to nominate Susan Rice to take her place, “progressives” have already diminished that debate and brought it to a new low.

"incompetent" could be racially motivated.  In an interview with CNN, Clyburn…

Considering the Left's constant uncontested lie of "voter suppression", do you believe we can EVER win an election again? Wisconsin is a great example of my…

The Lyndon Johnson Great Society legislation and the massive Government bureaucracy it has created going forward, has finally born the fruit it was planted to sow 47 years ago. The extortion by the permanent welfare state is now in full blossom and the takers now outnumber the makers, the producers are now the “minority” in this country.

There are underlying conditions that extortion creates that destroy the payer as well as the payee. The payer obviously suffers the financial loss…

Line in the Sand Barack Obama stopped in Burma, which he insisted as a “diplomatic courtesy” on calling Myanmar (perhaps pronouncing Pakistan Pahhhkeeeestaan no longer makes him cool enough for the UN), where he managed to repeatedly mispronounce the name of Aung San Suu Kyi, the Nobel winner who led the fight for a free, democratic Burma.  If that was not embarrassing enough for America,…

A Question Arises in Wake of Benghazi: ‘Is President Obama a Racist?’

A Question Arises in Wake of Benghazi: ‘Is President Obama a Racist?’

Over the last few weeks, very subtly, a pattern has emerged. It goes without question that a President who is willing…

Former CIA Director David Petraeus testified Friday that "Al Qaeda involvement" references were removed from the CIA’s original talking points, which had indicated that the CIA knew immediately that an Al Qaeda linked group was responsible for the 9/11 attack on the U.S. Consulate in Benghazi, Libya, which led to the brutal murder of four Americans, including Ambassador Chris Stevens.…

Why is Barack Obama about to be sworn in for a second term instead of being fingerprinted and booked into a federal penitentiary?

There are at least three people who may eventually be able to respond to that question. In a joint press conference, three Republican senators said the only way for Congress to get to the bottom of what happened during the Benghazi…

This is in response to the out cry of the American people to secede from the federal government. It has been noted that Congress of the the United States of America in such elected positions, have for 4 years ignored the cries from the people of their respected states. Now, the ramifications of these actions are such that we wish to secede. Our other choice is to demand recall of such Congressmen. In a last ditch plea,we the people by our signatures in petition on…

No Change, No Hope

While the “progressive” Party Pravda is dutifully focused on distracting Americans with stories about the tragic resignation of former CIA Director David Petraeus,  the White House goes merrily along with its anti-growth, anti-business, anti-energy, radical fringe leftist “progressive” agenda.  The Barack Obama administration is now making plans for 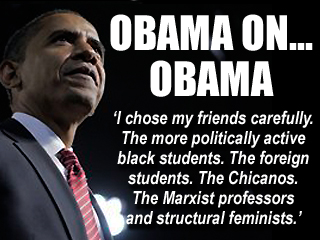 the next phase in…