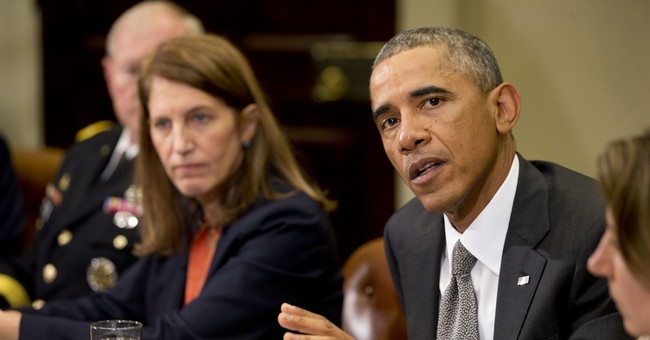 Not only is the Ebola crisis continuing to degrade, but the optics of how the White House has handled the situation are getting worse by the day too.

A new report published at Breitbart shows the Obama administration started expediting visas from West Africa in August as the Ebola was (and still is) raging out of control with a 70 percent mortality rate. According to the report, the man who died from Ebola in a Texas hospital after visiting Liberia, had his visa approved in the same month visas were being streamlined.

In short, the USCIS has been waiving fees, expediting the immigration process, and allowing extensions of visas for anyone coming from the three designated Ebola-stricken countries, provided that they are in the United States. The Free Republic blog reported that the law firm of Edward W. Neufville, III, LLC, a Washington, D.C. area immigration firm, added a section to their website two days after the USCIS announcement, with more details about how these relief measures would work, including extensions of the time that the foreign national could remain in the United States, additional work permit opportunities, and even forgiveness for failure to appear at required interviews or submit required evidence. According to the Neufville firm, the new USCIS policies mean that "[i]ndividuals from Liberia, Sierra Leone, and Guinea currently in the United States may apply for an extension or change in status due to the Ebola Outbreak, even if their request is filed after the authorized period of admission has expired." Otherwise stated, this means that someone from one of those countries who illegally overstayed their visa can now apply for an extension, or someone who arrived illegally can apply to get legal status.

Thomas Eric Duncan, the Liberian man who died from Ebola earlier this month, had traveled to the United States after his visa was approved in August, the same month that USCIS announced the new relief measures.

Here is a breakdown of what was happening with the Ebola crisis in August courtesy of Haaretz:

August 2: A U.S. missionary physician infected with Ebola in Liberia is flown to Atlanta in the United States for treatment.

August 12: WHO says death toll has topped 1,000, approves use of unproven drugs or vaccines. A Spanish priest with Ebola dies in a Madrid hospital.

August 15: MSF says the epidemic will take about six months to control.

August 21: The two U.S. missionary aid workers treated in Atlanta are released from the hospital free of the virus.

The White House has refused to even put travel restrictions on the table as the crisis in West Africa continues. Considering the administration has been encouraging more travel, it's no wonder travel restrictions aren't being considered. CDC Director Tom Frieden said yesterday during testimony on Capitol Hill that his first interest is protecting Americans. If Frieden really meant what he said,the folks over at DHS don't have the same priority and clearly aren't on the same page.

These revelations prompt a whole new set of questions about how the Obama administration is handling this situation and leads one to question whether the government is really doing anything real to protect Americans from a deadly disease. At a time when officials knew Ebola was killing thousands in Africa, they invited more people potentially exposed to that disease, including Thomas Duncan, to come into the United States. At best, this is negligence.

So in Belize today they actually turned away a Carnival cruise ship (that left from my hometown by the way) because someone on board was suspect of having Ebola. So this country had enough common sense to protect it's own citizens, while our own president leaves us exposed on every side. It's insane!! Check out all the countries that have travel bans from West Africa:

Permalink Reply by Jerseygal on October 18, 2014 at 11:35am
A travel ban like those listed in the link you provided would have prevented this current situation, since Duncan would have been kept in Liberia. Good find, Watchman. Thanks for adding it!

Permalink Reply by Jerseygal on October 19, 2014 at 7:59am
Clearly, Obama is more interested in protecting his homeland than ours! How much more do we need to see before something changes?

It appears that Congress either doesn't care or they've been completely stripped of their authority.

Either way....we the people lose.

Also in the news, Obama expedites U.S. entry of thousands of Haitians. It occurs to me this part of his fundamental transformation to change the face of America. http://www.miamiherald.com/news/nation-world/world/americas/haiti/a...