I don't normally post podcasts, but I really think this episode by Steve Deace is worth listening to: https://www.stitcher.com/podcast/steve-deace-show/e/68505985?autopl... (note, you may have to turn any ad-blockers off for it to work).

Steve makes that case that Trump has essentially ceded decision making to Dr. Fauci. But Dr. Fauci is all over the board when it comes to pandemics. Just to give a few examples:

In 2009 during the H1N1 pandemic he had this to say: "Parents should not send their kids to school if they're sick, if you're sick don't go to work... avoid places where there are people who are sick and coughing, now that's a difficult thing to do,” he said. "...You can't isolate yourself from the rest of the world for the whole flu season."

In 2014 he had this to say about closing the borders during the Ebola outbreak: "It is understandable that thought, ‘Let’s just close them off.’ But that just doesn’t work... From a public health standpoint, that really doesn’t make any sense... To completely seal off and don’t let planes in or out of the West African countries involved, then you could paradoxically make things much worse in the sense that you can’t get supplies in, you can’t get help in, you can’t get the kinds of things in there that we need to contain the epidemic.”

On January 26th, 2020 Dr. Fauci had this to say about the Covid-19 virus: "It’s a very, very low risk to the United States... But it’s something that we as public health officials need to take very seriously... It isn’t something the American public needs to worry about or be frightened about."

In an article Dr. Fauci co-authored and published on March 26th, 2020 it had this to say about Covid-19: "...the case fatality rate may be considerably less than 1%. This suggests that the overall clinical consequences of Covid-19 may ultimately be more akin to those of a severe seasonal influenza (which has a case fatality rate of approximately 0.1%) or a pandemic influenza (similar to those in 1957 and 1968) rather than a disease similar to SARS or MERS, which have had case fatality rates of 9 to 10% and 36%, respectively."

What happened to the man who was against quarantining the healthy during the H1N1 pandemic and against closing borders during the Ebola outbreak? The man, who as early as January of this year, said that Covid-19 was no big deal. Why the sudden turn around? Well, he really has nothing to lose by making these grandiose claims. If his predictions are true he will be herald as a prophet. And if he is wrong then he will be herald as a savior. You see? No matter what happens it's a win-win scenario for him.

But for Trump it's another matter completely. If we continue on this present course and if the economy crashes he will get blamed for it. It's a lose-lose scenario for him. And make no mistake, the media is all in favor of the apocalypse. They have chided the president for giving "false hope". They have downplayed drugs like hydroxychloroquine that have been reported to improve patients with Covid-19. They don't want things to get better, because they want the president to fail. And if just one person dies after the quarantine is lifted, suddenly the pro-abortion Democrats and media will decry the death of a single individual.

There are serious questions that we need to start asking that are not being asked. And we are not being allowed to ask them because there is no room for dissent or skepticism. We are told to trust the experts without question, but which experts? Because the experts are not all saying the same thing. And when is it ever a good idea to blindly follow the experts? Isn't this what the Left wants for us, to be ruled by the "experts" as in Plato's Republic? Because after all "they" know what's best for us.

Dr. Fauci may be an expert in his field, but he's not infallible. I can't say for certain if he has a personal agenda or if his worldview has clouded his thinking (he is a Hillary Clinton supporter after all). But I can say he is looking for solutions from a purely medical perspective, and that makes him nearsighted. He isn't taking into account for the social, economic, and psychological toll his suggestions are exacting. And that is the problem with relying too heavily on the experts. They can never account for all the complexities of life.

I don't like nor trust Dr. Fauci! I see a lot of people saying they do not trust him either. He's very tied to lots of people from the left. Especially Bill Gates.

I was just reading a timeline on RedState, with the same information.  Fauci was downplaying this!  He may an expert, but sure doesn’t show, unless he wants this to be ‘mismanaged.’

Fauci is an expert at being a bureaucrat. I'm with Levin that the Trump admin needs a couple of non-governmental advisors for this. There are not enough diverse opinions.

Fauci is heavily tied with Bill Gates! Trump knows this, but is letting him expose himself!

Fauci is spouting the SAME words coming from Bill Gates. 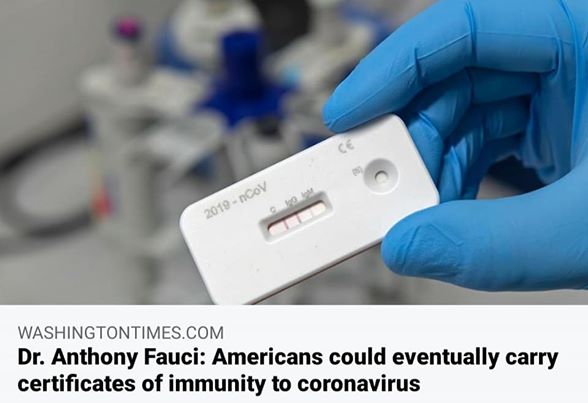 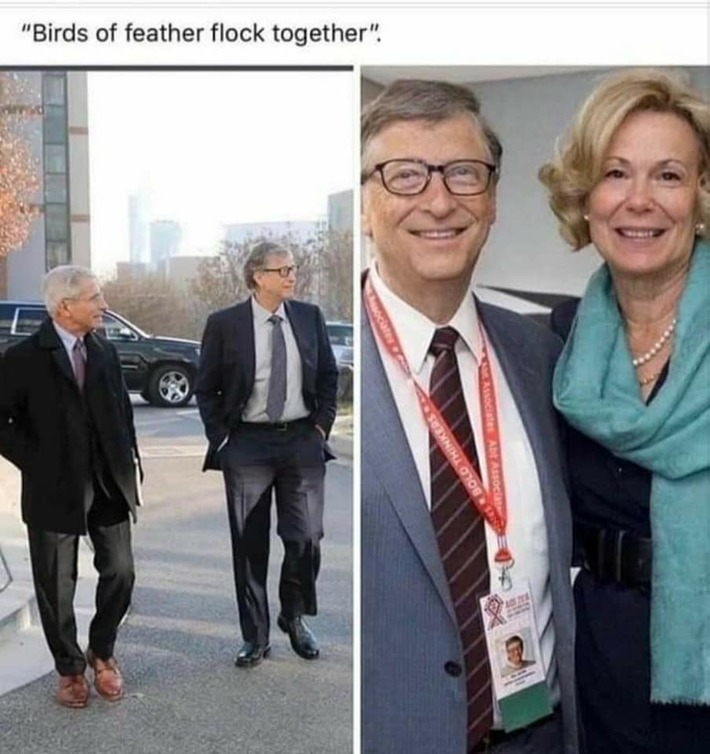 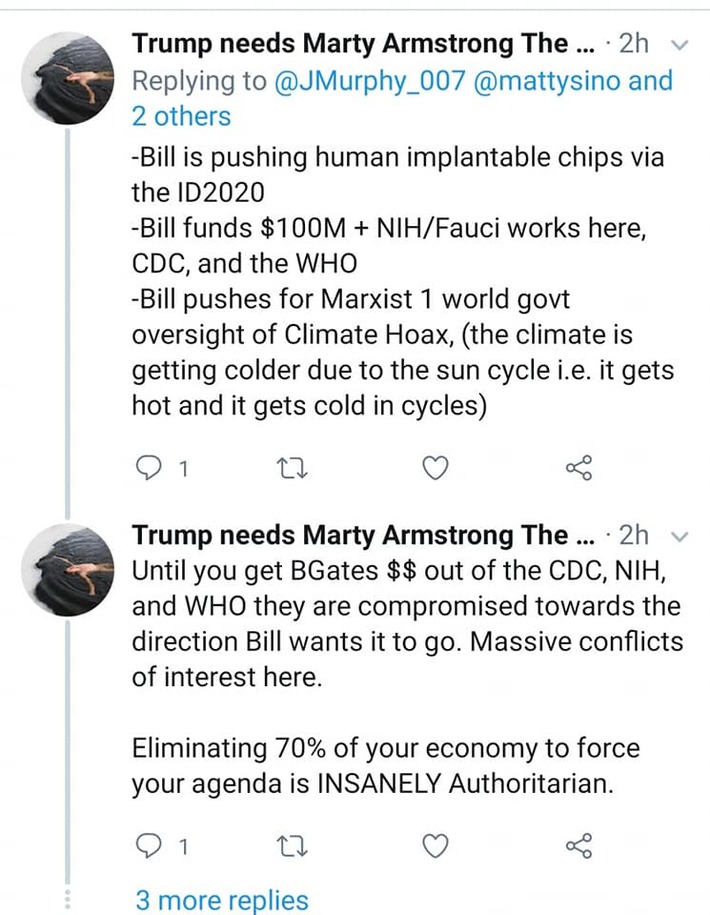 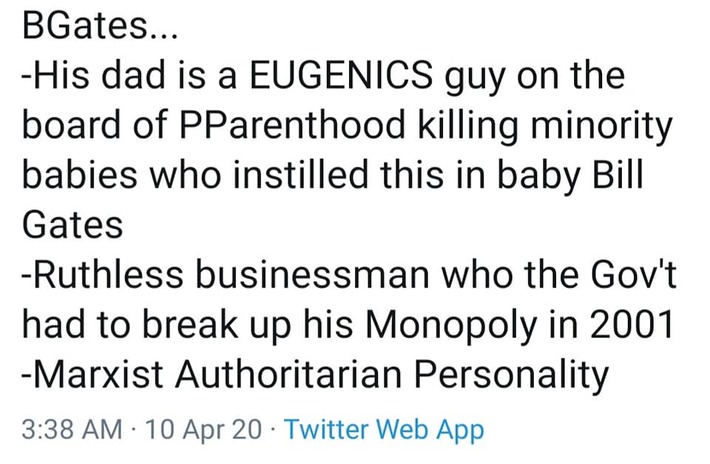 Seems like Fauci & Karl were coordinating the antagonism toward
@realDonaldTrump
today.
Link to see video! https://twitter.com/TheLastRefuge2/status/1247393263503446018

This is remarkable. Dr. Birx says here very plainly that anyone who dies “with COVID-19” is being counted as having died from COVID-19. She admits this is a “liberal approach” to recording mortality. The suspicions many of us had are now confirmed.

Covid-1984: Henry Kissinger & Bill Gates Call For Mass Vaccination & Global Government (exactly what my books have predicted over 30 years with these two psychopaths so often mentioned). Just a coincidence, nothing to worry about) http://ow.ly/noKu30qwv3u

Lawrence Brown replied to Ruthann's discussion Biden Death Panels BEGIN: Antibody Treatments to Be RATIONED to Red States
"Our constitution allows we the people to take over control and shut down these communist traitors.…"
9 hours ago

Jerseygal replied to Jodi180's discussion "Why Vaccine Passports Equal Slavery Forever"
"Lawrence, it’s the indoctrination of students which has been going on for decades.  The…"
10 hours ago

Jerseygal replied to Ruthann's discussion Biden Death Panels BEGIN: Antibody Treatments to Be RATIONED to Red States
"Cuomo’s death panels sent Covid patients into nursing homes (his replacement may be even…"
10 hours ago