So where is all the outrage?? 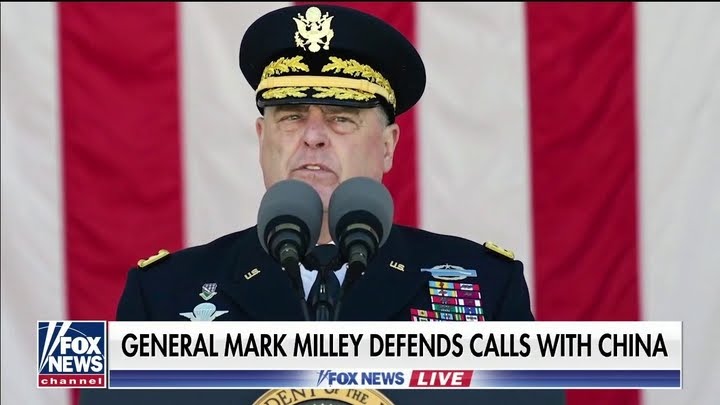 A botched drone strike in Kabul aimed at ISIS-K terrorists, but that the Pentagon admitted on Friday instead killed an aid worker and members of his family including seven children, is the latest furor to involve Joint Chiefs of Staff Gen. Mark Milley -- who had called the strike "righteous" but on Friday described it as a "horrible tragedy."

Head of the U.S. Central Command Gen. Kenneth F. McKenzie Jr. announced Friday that it is unlikely any ISIS-K members were killed in a Kabul drone strike on Aug. 29, which led to multiple civilian casualties.

"We now assess that it is unlikely that the vehicle and those who died were associated with ISIS-K or a direct threat to US forces," McKenzie said of the airstrike at a briefing, following an investigation by the military.

The drone strike, which was intended to target ISIS-K operatives, resulted in the deaths of an aid worker and up to nine of his family members, including seven children. According to U.S. officials, the strike on the vehicle, formerly believed to have been a threat that included bombs and that was operated by ISIS-K militants, took place after a suicide bombing at Kabul airport in Afghanistan killed 13 U.S. service members and civilians.

Milley earlier this month had defended the strike, even as the details were not fully clear.

"At this point, we think that the procedures were correctly followed and it was a righteous strike," he said in a press briefing.

On Friday, he emphasized that the decision to strike was made in a "high-threat environment," coming just days after a deadly terrorist attack on U.S. troops at Kabul airport.

MILLEY CALLS WITH CHINESE COUNTERPART ‘WERE NOT SECRET': US OFFICIALS

"In a dynamic high threat environment, the commanders on the ground had appropriate authority and had reasonable certainty that the target was valid but after deeper post strike analysis our conclusion is that innocent civilians were killed," he said. "This is a horrible tragedy of war and it’s heart wrenching and we are committed to being fully transparent about this incident."

But it marks the latest furor to engulf the chairman of the Joint Chiefs of Staff, who has been facing criticism over revelations in a new book by Bob Woodward and Robert Costa, which reported that Milley took part in secret phone calls with his Chinese counterpart.

The book claims Milley contacted Li after he had reviewed intelligence that suggested Chinese officials believed the United States was planning an attack on China amid military exercises in the South China Sea.

However, Fox News spoke with multiple individuals who were in the room during the two calls, which took place over video teleconference, not the phone. Officials said the calls were coordinated with the Defense secretary’s office.

"They were not secret," a U.S. official told Fox News.

Spokesman for Milley, Col. Dave Butler, said in a statement Wednesday that "the Chairman of the Joint Chiefs regularly communicates with Chiefs of Defense across the world, including with China and Russia."

Additionally, there was scrutiny over a phone call reported in the book between Milley and House Speaker Nancy Pelosi in the wake of the Jan. 6 riot, in which Pelosi is reported to have asked if Milley would take away the nuclear football from Trump -- which Milley rebuffed.

The revelations from the book, in turn, come after Milley defended decisions made during the U.S. withdrawal in Afghanistan, and said that the rapid collapse of the Afghan government was unforeseen.

"There was nothing, that I or anybody else saw that indicated a collapse of this army and this government in 11 days," Milley said at a press briefing last month.

Milley was responding to reports that intelligence had warned the security situation in Afghanistan would quickly deteriorate, with some suggesting President Joe Biden may have ignored those warnings to press ahead with his planned drawdown of forces.

President Biden said this week that he still has "great confidence" in Milley, amid the turmoil surrounding his top military advisor.

Adam Shaw is a reporter covering U.S. and European politics for Fox News. He can be reached at adam.shaw@foxnews.com.

Permalink Reply by Lawrence Brown on September 20, 2021 at 2:24pm
Millet and terrorist joe must be brought to justice or USA becomes another Afghanistan. We the people have to decide immediately if we allow country to fall. Our forefathers defended country for us,will we defend it for future generations??

Anyone else wondered why they didn't name the ISIS 'terrorist' they killed?  Now we know why.

Permalink Reply by Lawrence Brown on September 20, 2021 at 8:59pm
Government has been crooked for long time. I blame citizens as they voted them into office for many years. When you give crooks keys to safe they will steal with immunity. Since Clinton administration USA has been on downward spiral. Reagan and Trump were only bright spots in my lifetime. Both Bush's were disaster for country.