The 66-year-old Epstein died at the Metropolitan Correctional Center in New York City weeks after he was arrested of multiple child sex-trafficking charges, sources confirmed to Fox News.

Law enforcement sources told Fox News that he was transported out of the prison around 6:30 a.m. New York Downtown and was dead on arrival.

The initial call to the jail was cardiac arrest. There was no immediate confirmation on how he died, but multiple reports said Epstein died by suicide.

Epstein's attorney Martin Weinberg told Fox News on Saturday that he could not "confirm the rumor" that his client had killed himself.

The New York City medical examiner's office told Fox News that an autopsy is pending to determine the cause of death.

The death comes two weeks after the 66-year-old was placed on suicide watch after he was found nearly unconscious in his cell with injuries to his neck. At the time, it was not clear whether the injuries were self-inflicted or from an assault.

Epsteins Girlfriend /Best Friend and alleged Madam can't be found and hasn't been seen in 3 weeks.
So the plot thickens.

Maxwell strenuously denies the allegations. Her current whereabouts are unknown.

Is The Clinton Foundation One Of The Biggest Human Trafficking Organizations In The World?

It will be a glorious day for this country when these people are held accountable! Keep praying everyone, it will happen.

According to many on-line posts from media and law enforcement sites, there are too many coincidences for suicide to be a factor.  After the first injury to his neck, Epstein reportedly told his lawyers that someone tried to kill him; he didn't try to kill himself.  In addition, he had reportedly offered $1 million for security services to protect him until his trial, evidently when he would get out on bail. He was taken off Suicide Watch, then when the case information was revealed the day before, his cellmate was removed. During Friday night, suddenly the guards did not follow protocol and check him every half-hour, and the camera on his cell did not show the inside of this cell. He was targeted. Atty. Gen. Bill Barr has promised to carry on with the investigation to provide justice for the victims, and he stated that any "fellow-travelers" should not rest easy. I hope they catch them this time.

Hi Edie. You are right on what you have stated here. I did just find this. Nothing is adding up in this case at all. I do believe that AG Barr will get to the bottom of this all and people will be held accountable under him.

A former cellmate of the late Jeffrey Epstein now wants to transfer to a completely different prison after claiming veiled threats from guards and demands for silence are beginning to mount.

Nicholas Tartaglione, a massive ex-cop who faces the death penalty for his alleged involvement in multiple murders, does not appear to be someone who can be shaken up easily.

However, the conditions he faces at Metropolitan Correctional Center and alleged threats from guards there are too much for him to handle.

“The clear message Mr. Tartaglione has received is that if he conveys information about the facility or about the recent suicide, there will be a price to pay,” Bruce Barket, Tartaglione’s attorney, wrote to a judge, Fox News reported.

Tartaglione was allegedly told to “shut up” and “stop talking.”

Update: The FBI is treating Epstein's death as a criminal matter, according to Bloomberg.

"Federal prosecutors unsealed charges against two guards at the U.S. jail in lower Manhattan who were supposed to keep watch on financier Jeffrey Epstein."

"The two guards are charged in New York with falsifying documents and conspiracy to defraud the U.S."

Kathleen Hawk Sawyer made the admission during a line of questioning involving Sen. Lindsay Graham, in front of the Senate Judiciary Committee.

“With a case this high profile, there has got to be either a major malfunction of the system or criminal enterprise at foot to allow this to happen. So are you looking at both, is the FBI looking at both?” the South Carolina Republican senator asked.

“The FBI is involved and they are looking at criminal enterprise, yes,” Sawyer responded. -Fox News
https://www.zerohedge.com/political/epstein-guards-arrested-failing...

Prince Andrew departs from public life as he prepares to give evidence to Epstein investigation in US.

he Duke of York is preparing to give formal evidence to a US criminal investigation into the disgraced paedophile Jeffrey Epstein, The Telegraph can disclose.

In an unprecedented move, the Duke announced on Wednesday evening that he was stepping back from public life in the wake of a BBC interview over his friendship with Epstein that backfired in spectacular fashion.

A well-placed royal source said on Wednesday night that the Queen had summoned the Duke to Buckingham Palace to effectively sack her second-born son – said to be her favourite child – from official duties, ordering him to stand aside. The Prince of Wales, who is on a tour of New Zealand, was consulted by telephone.

City sponsors deserted the Duke’s flagship projects while major charities were planning to ditch him as their patron. A planned visit to flood victims in South Yorkshire were abandoned in the aftermath of his “excruciating” Newsnight performance.

Buckingham Palace is understood to be braced for US authorities to issue the Duke with a subpoena, requesting he gives testimony under oath over his friendship with Epstein. Sources have suggested the summons is “imminent”.

Prince Andrew, 59, accepted in a statement issued last night that his association with Epstein, a convicted sex offender who killed himself in August, “had become a major disruption to my family’s work”. He added he had asked the Queen for permission to give up his work and that she had consented.

He also said for the first time that he would fully cooperate with US law enforcement agencies investigating co-conspirators who helped to traffic under-age girls for Epstein and others.
https://www.telegraph.co.uk/royal-family/2019/11/20/prince-andrew-q...

Wow. Just wow.  I want to see Clinton and the others named in this.  I don’t know if I will, but I want to.

I think we will see Clinton on this! I think things are going to get really crazy, really soon. I trust Barr and Durham and I'll go as far as to say I trust Horowitz too. Horowitz went after people in the Obama administration. Trump will see to it that they all pay! I truly believe that!

Things are getting interesting now! 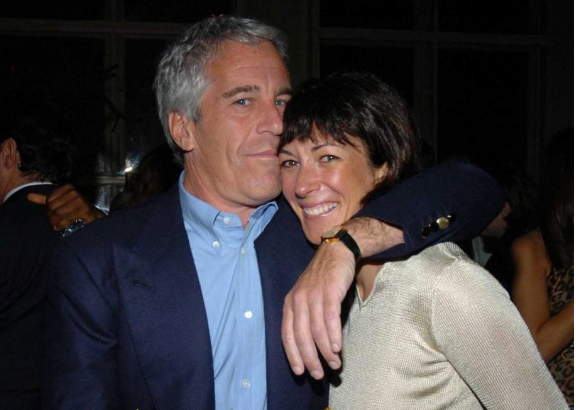 Jeffery Epstein’s purported pimp Ghislaine Maxwell may be ready to finally talk to the FBI after vanishing off the face of the earth for months.

The socialite school friend of Prince Andrew has been widely accused of procuring underage girls for the late pedophile.

She has emphatically denied playing a role in the billionaire’s sex trafficking ring.

According to published reports, Maxwell feels she needs to defend her self and the disgraced prince who have both been accused of engaging in sex with underage girls.

“Ghislaine is preparing to speak, whether by talking to the FBI or giving a statement to the media. She has to defend herself. She has no option. She will have to address this guilt by association,” a friend told The UK Sun.

Maxwell, 57, is the daughter of disgraced publishing baron Robert Maxwell.

She briefly dated Epstein in the early 1990s but remained by his side most of the time. It was Maxwell who introduced the royal to Epstein.