Jeff Sessions Has Been Fired

Just hours after the 2018 midterm elections, President Trump has announced Attorney General Jeff Sessions is leaving the Department of Justice.

Attorney General Sessions submitted his resignation at the request of President Trump. In other words, he was fired.

"At your request, I am submitting my resignation. Since the day I was honored to be sworn in as Attorney General of the United States, I came to work at the Department every day determined to do my duty and serve my country. I have done so to the best of my ability, working to support the fundamental legal processes that are the foundation of justice," Sessions wrote in his resignation letter. "In my time at Attorney General, we have restored and upheld the rule of law --- a glorious tradition that each of us has a responsibility to safeguard. We have operated with integrity and have lawfully and aggressively advanced the policy agenda of the administration."

"I have been honored to serve as Attorney General and have worked to implement the law enforcement agenda based on the rule of law that formed a central part of your campaign for the Presidency."

resident Trump has been unhappy with Sessions for nearly two years after he recused himself from the Russia investigation. Trump has regularly berated the former Attorney General on Twitter, despite Sessions being the first U.S. Senator to endorse him during the 2016 presidential election.

With a larger majority in the Senate, a replacement for Sessions will have an easier time getting through confirmation.

You can read Sessions' full resignation letter below.
https://townhall.com/tipsheet/katiepavlich/2018/11/07/breaking-jeff...

President @realDonaldTrump tweeted earlier today that Matthew Whitaker, who was serving as chief of staff to the attorney general, will become the acting attorney general, following Jeff Sessions' resignation.

Matthew Whitaker is a Pro-Trump Powerhouse!! He’s highly intelligent and eats nails for breakfast. Democrats are running scared while melting across country. Here Matt talks about a potential indictment of Hillary Clinton for her illegal email server.

The left is in FULL MELTDOWN mode!

Get ready folks. We are about to see all of the documents.

Whitaker is absolutely FOR the declassification of the Russia documents. And, Katherine Herridge stated earlier he will do it. Probably already is at this time. 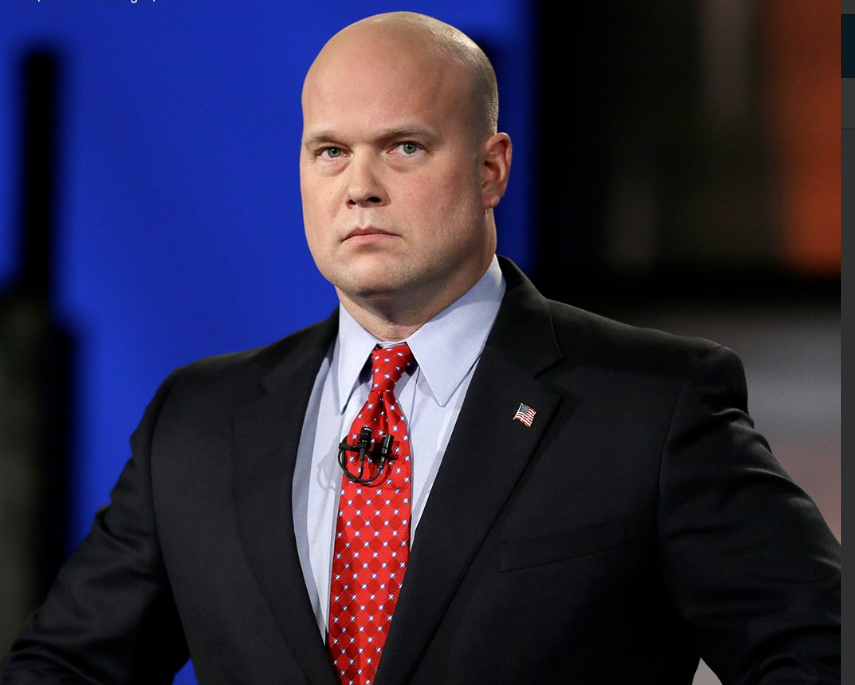 Whitaker seems to be a beast! No wonder the left is melting.

FBI director's judgment was that 'no reasonable prosecutor' would bring the case. I disagree.

Trump knows who his next head of DOJ will be. However, he must wait until the term of the current Congress expires in January.  After that he will announce Trey Goudy as the new Director of the DOJ.

I do think you are right about Trump picking Gowdy. I think that's why he didn't stay in Congress. He was probably told he would be chosen for AG.

I am hoping there is a way to keep Whittaker on as AG.

Acting AG Whitaker Pretty Much Tells Dems To Shove It: No Recusal From Overseeing Russia Probe

"Given his previous comments advocating defunding and imposing limitations on the Mueller investigation, Mr. Whitaker should recuse himself from its oversight for the duration of his time as acting attorney general," Schumer said in a statement on Wednesday.

Schumer, in a separate press conference with reporters, warned that attempts by Sessions's successor or Trump to interfere with the investigation would spark a "constitutional crisis."

Deputy Attorney General Rod Rosenstein has been overseeing the Mueller investigation since Sessions recused himself from the investigation last year due of his involvement in Trump's campaign.

But the Justice Department told CBS News on Wednesday that Whitaker will now oversee the probe.

Well, despite recusal calls, Whitaker is pretty much telling the Democrats to shove it, with his associates telling The Washington Post that he has no plans to do so:

Acting Attorney General Matt Whitaker has no intention of recusing himself from overseeing the special counsel probe of Russian interference in the 2016 election, according to people close to him who added they do not believe he would approve any subpoena of President Trump as part of that investigation.

Since stepping into his new role on Wednesday, Whitaker has faced questions — principally from Democrats — about whether he should recuse from the Russia investigation, given that he has written opinion pieces in the past about the investigation, and is a friend and political ally of a witness.

On Thursday, two people close to Whitaker said he has no intention of taking himself off the Russia case.

First of all, let’s drop the fiction that if Sessions hadn’t been fired, the Democratic subpoena assault wouldn’t have happened. The Trump administration is going to be investigated over Russia, taxes, voter ID laws, any aspect of this White House the Left hates was going to be put under the microscope now that Democrats have retaken the House. The moment the Democrats clinched the required 23 seats to retake the lower chamber; they were readying the various probes into this presidency—and the left wing harassment of this administration is about to begin.
https://townhall.com/tipsheet/mattvespa/2018/11/08/acting-ag-whitak...

Good news for President Trump and his administration

WASHINGTON—The Justice Department is expected to publish a legal opinion in support of Matthew Whitaker’s installation as acting attorney general as early as Tuesday, a person familiar with the matter said, following questions about whether he can legally serve in the role.

The department’s Office of Legal Counsel is expected to say that President Trump had the ability to appoint Mr. Whitaker, the person said. Mr. Whitaker took over last week as an interim replacement for former Attorney General Jeff Sessions when Mr. Sessions was ousted by Mr. Trump.

The opinion is expected to support the Trump administration’s position that the president’s authority to tap Mr. Whitaker is affirmed by guidance the office issued in 2003. At that time, the office concluded that President George W. Bush could name a non-confirmed employee of the Office of Management and Budget as the agency’s acting director.