The opinions expressed by columnists are their own and do not necessarily represent the views of David Harris Jr.

His groups are known for trying to undermine our democracy and our laws, just as he does with other countries all around the world.

In the United States, Soros has 206 groups that he funds and later in this article, you will see the complete list.

Save the list, so in the future, you can reference it when you want to know if a group belongs to Soros.

Advancement Project: This organization works to organize “communities of color” into politically cohesive units while disseminating its leftist worldviews and values as broadly as possible by way of a sophisticated communications department.

All of Us or None: This organization seeks to change voting laws — which vary from state to state — so as to allow ex-inmates, parolees, and even current inmates to cast their ballots in political elections.
Alliance for Justice: Best known for its activism vis a vis the appointment of federal judges, this group consistently depicts Republican judicial nominees as “extremists.”

While the 2016 presidential race was raging in America, Ukrainian prosecutors ran into some unexpectedly strong headwinds as they pursued an investigation into the activities of a nonprofit in their homeland known as the Anti-Corruption Action Centre (AntAC).

The focus on AntAC — whose youthful street activists famously wore “Ukraine F*&k Corruption” T-shirts — was part of a larger probe by Ukraine’s Prosecutor General’s Office into whether $4.4 million in U.S. funds to fight corruption inside the former Soviet republic had been improperly diverted.

The prosecutors soon would learn the resistance they faced was blowing directly from the U.S. Embassy in Kiev, where the Obama administration took the rare step of trying to press the Ukrainian government to back off its investigation of both the U.S. aid and the group.

“The investigation into the Anti-Corruption Action Center (sic), based on the assistance they have received from us, is similarly misplaced,” then-embassy Charge d’ Affaires George Kent wrote the prosecutor’s office in April 2016 in a letter that also argued U.S. officials had no concerns about how the U.S. aid had been spent.

At the time, the nation’s prosecutor general had just been fired, under pressure from the United States, and a permanent replacement had not been named.

A few months later, Yuri Lutsenko, widely regarded as a hero in the West for spending two years in prison after fighting Russian aggression in his country, was named prosecutor general and invited to meet new U.S. Ambassador to Ukraine Marie Yovanovitch.

Thanks for sharing this. Wow, that is a lot of influence! We have a huge fight on our hands. Sharing this.

We do, Kwic! But, we will win in the end! Also, David J Harris just joined the Trump campaign. He is helping with Black Voices For Trump.

David J Harris Jr
@DavidJHarrisJr
I am so excited to announce that I am on President
@realDonaldTrump
’s campaign! As a board member of #BlackVoicesforTrump, we will get the truth of his results that have benefited the Black Community to the masses!
We need this administration to have 4 more years!!!
#Trump2020 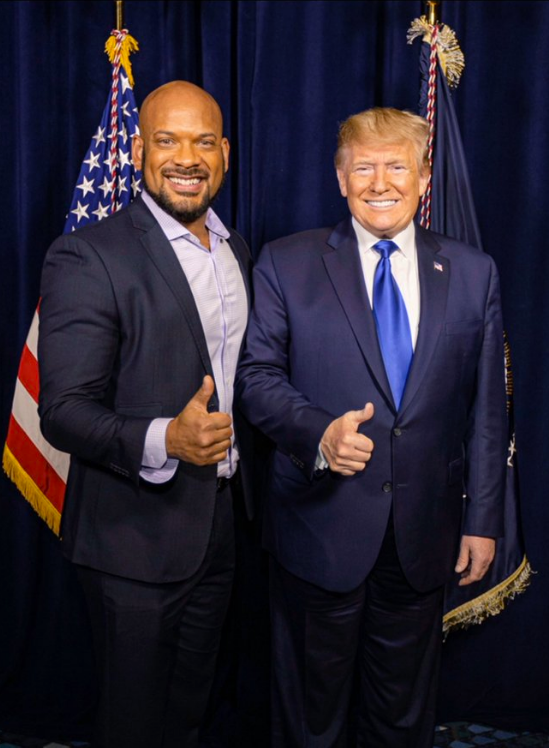