Colorado - What has happened to my state?

What has happened to my state?

That question rattles around my head every day. And everyday I keep thinking how can so many Coloradoans believe in the direction we are headed. Then I remind myself that they are not true Coloradoans but the Californians, New Yorkers and all the other liberals that have ruined their home and have had to start over by fleeing to some place like my state.

Now this same question is still rattles around in my head every day but for a different reason. 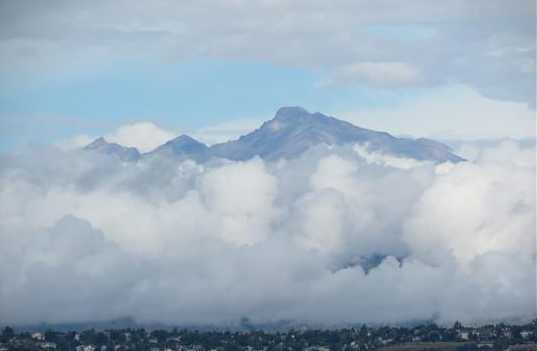 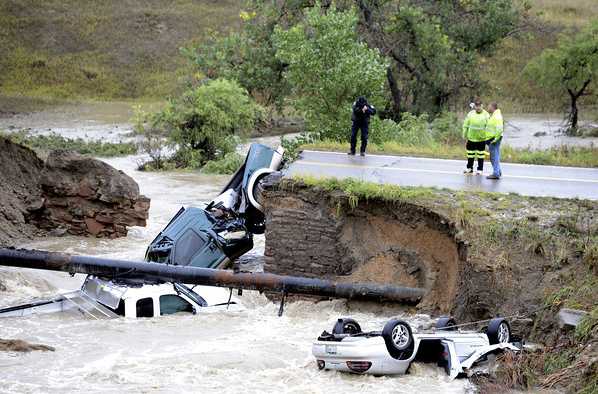 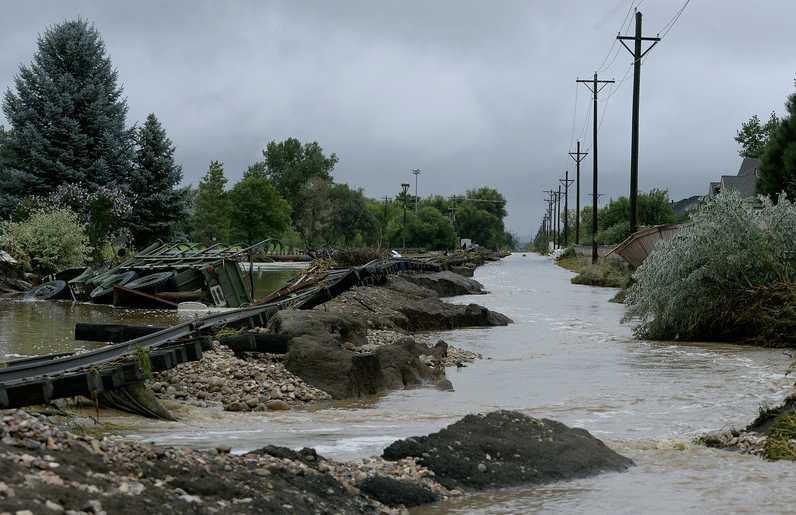 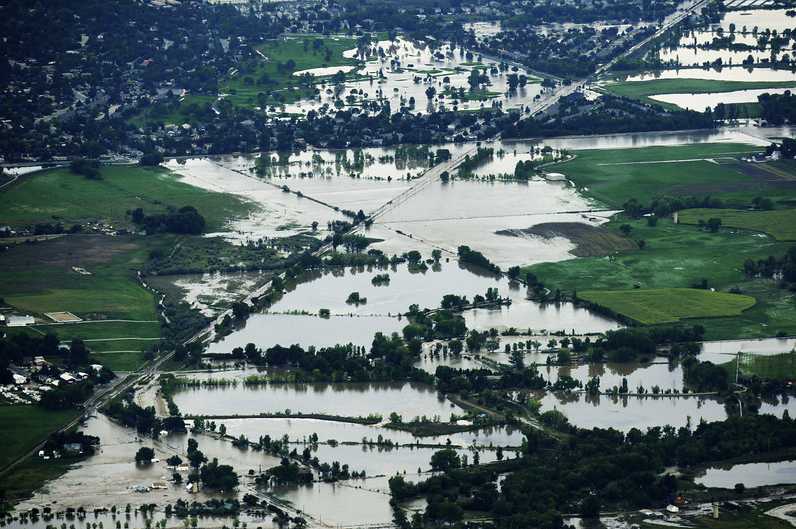 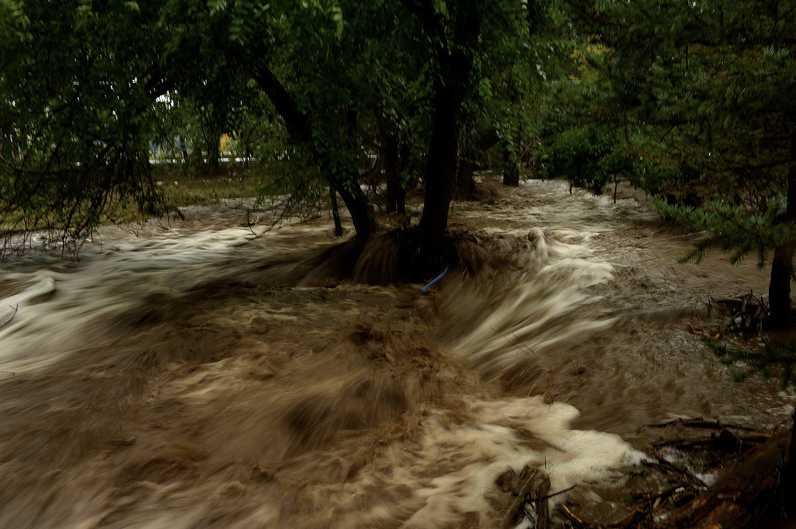 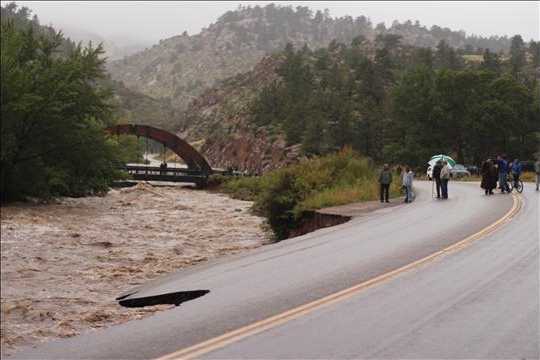 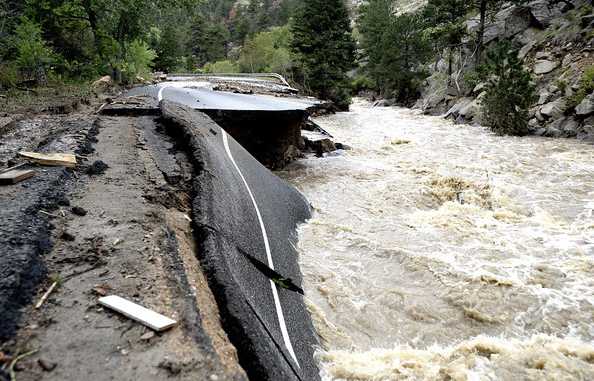 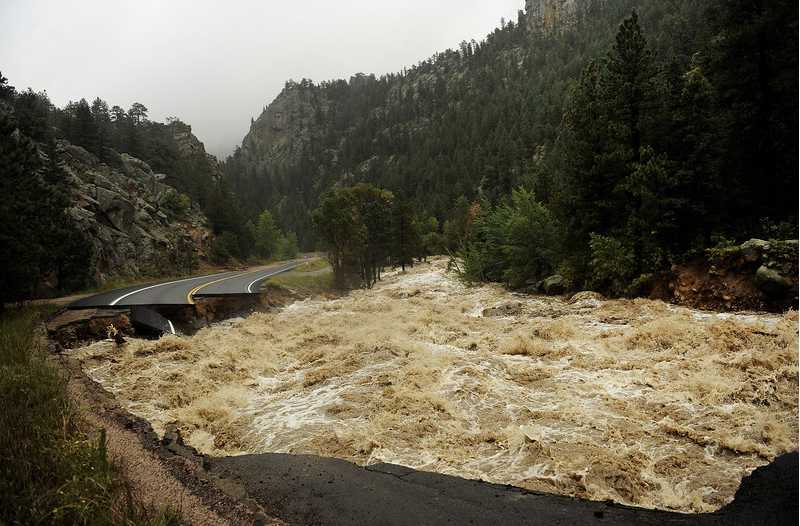 No matter what FEMA thinks they can do, Colorado will not be like New Orleans and keep waiting for their help 7 year later to rebuild. True Coloradoans will do it themselves just like Tennessee did after they got hit in 2010.

I have NO DOUBT, Gris.

They're already doing it.

All the water is now making it's way into Northeast Colorado

The result has been a nine-foot surge of water flowing through Fort Morgan, Sterling and now Julesburg.

Tweeting this out again, Gris! The pictures are unbelievable! So very sad.

It’s one of over 1,000 bridges the Colorado Department of Transportation has or will have to inspect before they can be reopened.

CDOT is also set to inspect over 500 lane miles of roadway across the state. A lot of those inspections will take place on Highway 34 near Lyons and Estes Park, two of the towns hardest hit by the floods.

Joshua Laipply, a bridge engineer for CDOT, said he has never seen such widespread damage across the state.

The Highway 60 bridge between Milken and Plateville was closed down when crews found the bridge no longer connected the road. Crews quickly repaired the damage to reopen the bridge on Tuesday.

Like all other bridges, there were two inspections before the bridge was deemed safe for use. The first determines safety of the bridge in the wake of the floods. The second assesses any necessary repairs.

Those inspection processes delay the reopening of bridges, but Laipply said they are vital parts of the repair process.

“The full extent of what we need to repair can’t be determined in that first assessment,” Laipply said.

As of now, CDOT has not put a time frame on when they are expecting to reopen the majority of the currently-closed bridges and roadways.

Governor John Hickenlooper wants to expedite those repairs, but he also doesn’t want to rush the process.

“A lot of these bridges and culverts and roadways were built a long time ago,” Hickenlooper said. “Design standards weren’t the same. We have a strong opportunity here to, with FEMA’s partnership, come out of this with a stronger statewide infrastructure.”

The state of Colorado is getting help in that process. On Monday, crews from Vermont showed up to assist CDOT. The reason? Their state had the same kind of widespread destruction when Hurricane Irene hit their region two years ago.

I wonder if the Vermont travel and lodging is paid for by Vermont (because they want to help), Colorado (because they are grateful for the help) or FEMA (as part of disaster aid)?

I don't know, but that is a good question JB.

Jodi180 replied to Watchman's discussion Where is everyone?
"I agree.  We need a movement like 2009. According to the talking heads, cRATS can expect a…"
Saturday

Watchman replied to Watchman's discussion Where is everyone?
"I think we have a good idea how it happened, and it was executed brilliantly. They used Covid as…"
Friday