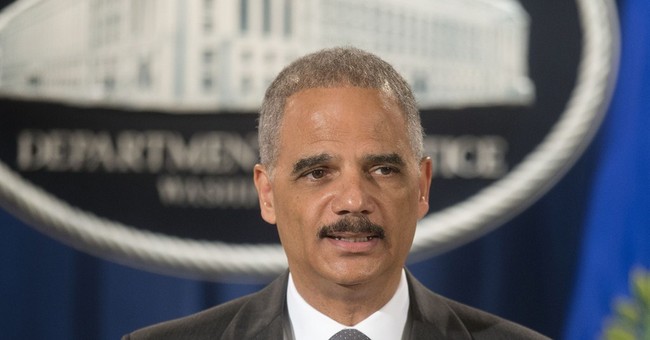 Thanks to a Freedom of Information Act Lawsuit pursued against the Department of Justice by government watchdog Judicial Watch, the U.S. District Court for the District of Columbia has ruled documents being withheld from Congress under President Obama's claim of executive privilege must be turned over. Obama made the claim on the same day Attorney General Eric Holder was voted in criminal and civil contempt of Congress in June 2012.

"This order forces the Obama DOJ, for the first time, to provide a detailed listing of all documents that it has withheld from Congress and the American people for years about the deadly Fast and Furious gun running scandal," Judicial Watch released in a statement.

The FOIA lawsuit has been ongoing for 16-months and is now proceeding after a lengthy delay. The Justice Department originally asked the court for an indefinite hold on a FOIA request from Judicial Watch, citing executive privilege and an ongoing investigation. That indefinite hold request was shot down more than a year ago.

The documentation DOJ is required to now turn over is a "Vaughn index" of "all requested Fast and Furious materials from a June 2012 Judicial Watch FOIA request."

A Vaughn index must: (1) identify each document withheld; (2) state the statutory exemption claimed; and (3) explain how disclosure would damage the interests protected by the claimed exemption." In ordering the DOJ to provide Judicial Watch the Vaughn index, the Court ruled, “In this circuit, when an agency is withholding documents under exemption claims, courts require that the agency provide a Vaughn index so that the FOIA requester – at a distinct informational disadvantage – may test the agency’s claims.”

“Once again, Judicial Watch has beat Congress to the punch in getting key information about another Obama scandal – this time, the Fast and Furious outrage,” Judicial Watch President Tom Fitton said in a statement. “A federal court has ordered the Obama administration to produce information that could, for the first time, provide specific details who in the administration is responsible for Fast and Furious lies to Congress and the American people. This is a battle that put Eric Holder in contempt of Congress, saw Nixonian assertions of executive privilege by Barack Obama, and a hapless Congress in face of all this lawlessness. Finally, we may get some accountability for Border Patrol Agent Brian Terry and the countless others murdered as a result of the insanely reckless Obama administration program.”

This is a huge step forward.

Ohhh, Holy Guacamole! This is the BEST NEWS I heard all day! One at a time these thugs are going to do down! I always say, nothing stays a secret forever!  I bet we will now hear of more computer hard drives crashing! I wonder if Holder is feeling a tad bit hot around the collar? I hope so!

He is an excellent spinner and always seems to carry a bag of "plausible deniability" with him to sprinkle "liberally" on any conduct not directly attributable to republicans.

This will be quite interesting to see the spin on this coming from the Administration!

"I hate secrets...never knew one to be kept"' John Wayne.

My guess is that the DOJ still will find a way to not comply.  He and Obama ignore all laws and think they were crowned emperor.  I would guess that the real Fast and Furious story is pretty darn awful.  It is likely our original thought - the DOJ wanted people to die so Obama and Hilary could scream about evil US gun shops and use that to kill the second amendment.  If it is that, and what else could it be?  Then of course the DOJ will never tell the truth.  It would be admitting to be a serial killer.  When politicians cannot even admit that they make any error, admitting that they are a serial killer ... is just not going to happen.

Sadly I don't think a vaughn index is going to reveal much in the way of content & I think they have until 01Oct to comply with that ... so I guess we will see.