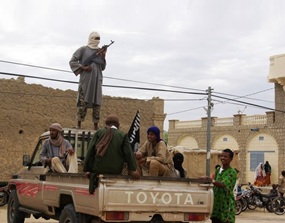 From apologizing to Kandahar for his policy leading to the green-on-blue murder of US troops, to the turmoil surrounding Benghazi, Barack Obama’s incompetence regarding foreign policy is deadly. This may sound like a hyperbolic indictment, but consider the facts.

Under the reign of President Obama, US casualties in Afghanistan are up to approximately 1350 in just 3 ½ years. From October 7, 2001 to January 20th 2009, the death toll of U.S. troop in Afghanistan was 630. In less than half the time, this supposed Commander in Chief has more than doubled the body count of Marines, Sailors, Soldiers, and Airmen. The same could be said about the debt, but that’s another article.

Why so many? Three words: Rules Of Engagement (ROE).

It is the policy of the Obama administration that if a combatant temporarily puts down his weapon, US troops may not engage & must cease fire. So, after unloading a 30 round magazine at our soldiers, the terrorist can put down his weapon, reload another magazine and if the US fires in the interim, our soldiers can go to Leavenworth for the rest of their lives. One might be left in awe at this shockingly incompetent Obama policy. Major General Robert Scales has been an outspoken critic of this inept administration & its policies for warfare, which has only led to more dead US troops.

Furthermore, our soldiers cannot hold captured terrorist for interrogation past 96 hours and must turn them over to Afghanistan police. This is not a joke. Consider the ‘green on blue’ attacks to decide if this incompetent Obama policy is wise.

Finally, Barack Obama has tied the hands of the US military with his rule that no US soldier is allowed to kill the enemy without prior approval from an Afghan-national. Again, consider the ‘green on blue’ murders, and one can only conclude that this ROE is—not only incompetent—but also the way to lose a war. The rules for prosecuting and governing ‘Obama’s War’ are the rules of political correctness & appeasement.

This next part will absolutely infuriate you, especially if you are serving or have served in the United States Military.

Lance Corporal Greg Buckley Jr. was serving honorably in the Helmand Province. The 21 year old Marine was training local security forces (“green soldiers”) as part of Obama’s planned 2014 draw-down. Routinely facing the threat of mortar shelling, gunfire, and IEDs by terrorist—LCpl Buckley did his job and did his job well in the face of enormous adversity. 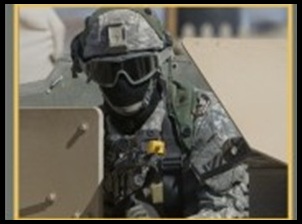 One of the 7th Century barbarians who LCpl Buckley was valiantly attempting to train routinely told the Marine, “We don’t want you here. We don’t need you here.” Finally, after confronting the thinly veiled terrorist for his comments, LCpl Buckley was, of course, made to apologize. But the trainee refused to shake the Marine’s hand.

Much like Sean Smith, LCpl Buckley predicted his death, informing his family that he would be murdered by the trainee. Prophetically, the Marine was right. The barbarian crept into his room, and gunned down the Marine in his sleep—shooting LCpl Buckley multiple times in the chest with an AK-47, killing him.

This happened two days before he was scheduled to leave Afghanistan.

Greg Buckley Sr. and his wife Marina—the parents of the slain Marine—were sent a form-letter from the Commander in Chief. The families of the SeAL Team 6 members who died in a widely publicized helicopter crash got the same sort of shabby treatment. This is the same SeAL Team 6 that operated in secret for more than 30 years, until the buffoon Vice President, Joe Biden, admitted their existence. The same SeAL Team which Obama now uses to prop-up his political campaign, when declaring “I killed bin Laden. I ended the war in Iraq. I am ending the war in Afghanistan.”

For one who never served, Barack sure likes to take credit for US MILITARY accomplishment & achievement. As a side note, Barack Obama did send the family of Heavy D a personalized, hand written letter when the rapper passed away. The sheer sacrifice it must have taken Obama to write that letter must leave so many in shock & awe.

It should be clear to all that Obama only likes to use the military as stage props, and certainly does not have their safety at heart. When Obama speaks at West Point or Annapolis, he lays claim for credit of operations he had little to do with. Other than that, he and his wife have very little use for the military, or the institutions they represent.

There is no plan for victory under this President. In fact, Obama is trying to redefine “victory.” Under Obama, Afghanistan has degenerated into a losing exercise in humiliation. Like Obama’s plan to homosexualize the military, this 1960s-style-radical is trying to snatch defeat from the jaws of victory, as the radical left did 40 years ago when protesting America in favor of Communist North Vietnam.

Benghazi is an equally troubling recent development. Or is it that recent?

We now know through the House Oversight Committee chaired by Rep. Darrell Issa (R-CA) that over 100 documents from Ambassador Chris Stevens expressing concern over the growing Al Qaeda presence in the area were submitted to the administration in the months leading up to the attack. Nothing was done. Why?

In fact, during the Vice Presidential debate, Joe Biden said, “the administration wasn’t even told.” The Consulate didn’t have even the standard Marine security detail, much less any reinforcements. Why?

For over two weeks the administration blamed a YouTube video made by an Egyptian born Coptic Christian, that no one ever saw. The Obama Administration kept saying it was a spontaneous protest that got out of hand. Why? Obama most likely blames youtube on behalf of the Muslim Brotherhood, who used to be a on terrorist watch list and have now been welcomed into power by Obama.

And like with Obama, the buck stops with the Muslim Brotherhood for the events on 9/11 in Egypt.

In the recent Presidential debate, Obama tried to ham-handedly claim that he labeled it a terrorist attack from the beginning. Let’s accept that premise momentarily. Why then, did his Ambassador to the U.N. go on no less than 5 Sunday talk shows and blame the video? From Barack Obama to Hillary Clinton to Joe Biden to Susan Rice to Jay Carney, they all claimed the video was behind this attack. Why? Why was it that Barack Obama after hearing about the attack, went directly to….sleep? He then got on a plane the next morning for a Las Vegas fundraiser.

Parents reading this article, if your child was missing and under attack, would you consider it “not optimal,” shrug it off and just go to sleep? Why are there so many provable lies about an obvious terrorist attack?

Could this have been a kidnapping gone wrong? Recently, Pat Smith appeared on Fox News & stated that her son was a target. Unlike the others, Sean Smith was “thrown into a pick-up truck and taken from the site.”

It might explain why Barack Obama didn’t feel it necessary to ask any questions before going nighty-night on 9/11—he may have already known the answers. There would have been only one problem, two Navy SeALs were there and they weren’t part of the plan. They fought back. They did their job. And they were allowed to be armed, unlike our US guards at the Embassy in Benghazi. And this would be when things went sideways and 4 Americans lost their lives.

If you believe the multitude of the reports out there, the Obama Administration is in secret talks with the Muslim Brotherhood to release The Blind Sheik (NY Times): Omar Abdel-Rahman, the mastermind of the 1993 World Trade Center bombing.

Knowing he would go down in history with Ford for pardoning Richard Nixon, and Clinton for pardoning Marc Rich, Barack Obama might want political cover for pardoning a terrorist that we have in hand.

What better way selling the American people on the release of a World Trade Center terrorist, than a trade for our Ambassador? Of course, all of this is conjecture, but how many things has this lawless-administration done against the will of the people? At some point, conjecture and speculation have to give way to common sense and reason. Only the disinfectant of daylight and investigation will tell the tale.

Thanks JG .. Great article huh? Lucky to find it!

Thanks for posting this article.  The phrase about the Military being only "stage props" seems appropriate.   I was never in the Military.  But as I sometimes say, all one has to do is even to play a video game such as "battlefield" to get an idea how quick you can die, and how easy it is to have friendly fire.  Obama has done nothing to try and understand what it must be like to be a US soldier, nor does he care.  And like many liberals, death does not seem to bother him - as long as his personal power and money grows.