In early January 2014, Bob Lonsberry, a Rochester talk radio personality on WHAM 1180 AM, said this in response to Obama's "income inequality speech":

How has ObamaCare caused problems in your life? The GOP has set up a site where you can tell your story

Be prepared, because liberal media "fact checkers" will attack you. Are you ready for it?

I want to call your attention this morning to an effort by the Republican Party to let ordinary Americans tell their stories of what ObamaCare has done to them. Here is the site where the GOP invites you to tell your story. http://obamacosts.gop.com/act/tellus

I have the pleasure of interacting with Dr. Scott Barbour on Twitter! His twitter Bio reads as follows: scottbarbourmd.com  Strict Constitutionalist. Believe our rights come from God. We are all in this…

Survival Stressors in a Survival Situation **** Survival is More Than Canned Food and Matches...

When we think of being prepared, often, we do not think about how we will react in a survival situation, or what being under great stress can do to our body. I read this blog and thought it had enough good information and things to keep in mind to post it here for you all.

I know myself, last week I was in the middle of cooking a ton of food and doing other things in the house and we lost power due to an accident and the vehicle hitting a pole taking out the…

A Light is on in the Manger

The writer shared this with me on twitter. I thought I would share her article with you all! Merry Christmas! Robin 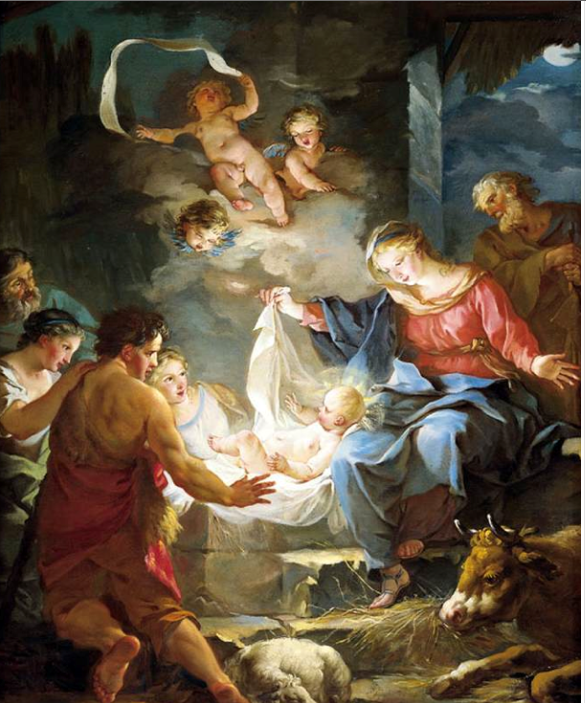 As I turned down the streets of my neighborhood, the cold air caught my breath and reminded me to consciously breathe in the frosty air and be grateful that I was alive. As the gently…

Can We Finally Stop Pretending? The president is incapable of telling a truth!!

Every day, it seems, more people who have been screaming their hatred for those who predicted all we see coming true are admitting what we have known all along. The president is incapable of telling a truth, and what conservatives have been predicting for three years about ObamaCare has been entirely correct. Indeed, we haven't seen anything close to the worst of what is to come, since the system hasn't even begun to function in its utmost state of disarray and confusion. We've seen a…

We are too nice. We have been too quiet for far too long. Look where that got us! Read them, learn them, use them. Just don't be evil when doing it! In the end we must remember we are NOT like them. I'm tired of our side acting like squirrels looking for nuts to hide for the winter!

Saul Alinsky was a brilliant man. Evil, but brilliant. Unfortunately, whether we like it or not, everyone on the Left from the President on down is playing by his rules in the political arena. Not all…

Now, get busy on twitter. They read them! Remember to use hashtags # that relate to the subject you are tweeting about. :))

David Horowitz...The threat we face! A MUST READ! A devastating indictment of the radical invasion that is destroying our nation!

As David writes in his article, as conservatives we are shocked. Shell shocked! Since we never imagined things could get this bad or that we could have a President hell bent on our destruction, it has taken time for us to come to grips with all of this. We now see this for what it is and we all better realize they won't stop, they won't go away. WE have to take our country back. We can't back down or all is lost, forever! Robin…

The Clinton Legacy: Disarming the Military & Dead Soldiers via @CWJonesIII

As the dust settles at the Washington Naval Yard, with all the carnage depicted, no one is asking “Why didn’t anybody shoot back?” After all, it is yet another military installation. This is a most cogent question, especially when tragedy strikes, like it has at Fort Hood and now, the Naval Yard in Washington DC.

The United States of America has the best trained, and best equipped military on the planet, bar none. Yet in…

Gordon was gracious enough to allow me time to talk about The Health Care Deform Bill,…

Syria: Barack Obama’s White House at War from Within via @CWJonesIII

Syria: Barack Obama’s White House at War from Within

While political pundits scratch their heads about the seeming Presidential about-face on Syria, a story of conflict emerges from within the White House. While heated debate rages on about allegations Bashar Assad’s Syrian government used sarin gas against rebel strong-holds, a different debate is raging within the cloistered halls of the White House, which has functionally handcuffed an…

On the 50th anniversary of the Rev. Dr. Martin Luther King’s famous “I Have A Dream” speech, one has to ask if we have approached his dream, or been pitched into something more similar to a national nightmare. On the Washington Mall, 50 years ago today, the culmination of “the March on Washington” to demand equal rights for African Americans was a speech by the de facto leader of…

Confidential sources close to Conservative Report have confirmed that Valerie Jarrett was the key decision-maker for the administration on the night of the Benghazi terrorist attack on 9/11/2012.

The chronology of the evening of 9/11 are as follows:

At approximately 5 PM Washington time, reports came in through secure channels of the attack on Special Mission Benghazi. Secretary of…

The Times we Live in Today! Be Aware of Your Surroundings, Stay Alert, Stay Alive!

After watching quite a lot of the Zimmerman trial and now seeing the aftermath of violence, I would like to share my feelings and some things I have said to my family members.

We know that what we witnessed with the Not Guilty verdict, was our Justice system working. We also know that we are not living in a country run by people that actually love this country or that care about the citizens. When a man is found not guilty by a jury of his peers, after all evidence is…