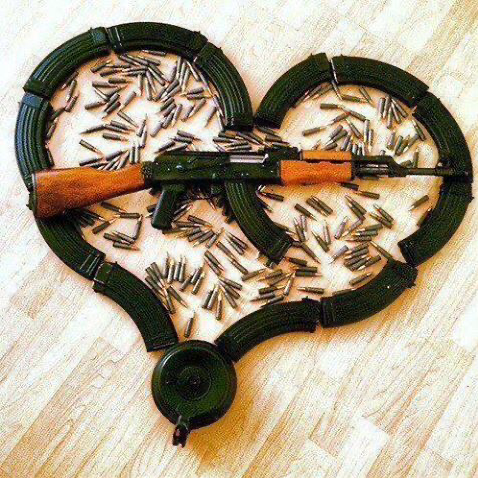 Donald Trump’s Supreme Court LegacyDerek Hunter | Jun 26, 2022 12:01 AMThe opinions expressed by columnists are their own and do not…Continue

Started this discussion. Last reply by Jodi180 on Saturday. 3 Replies 1 Like

We sure did and it looks so nice I cant stop looking at the main page! Rahthrae is Awesome!

You rock, girl! Can't wait to invite my pals!!

Looking forward to a new site!

Thanks for the welcome! The next few days should be interesting, and hopefully, thought provoking.
Nice job!

I'll be lucky if I can figure out how to navigate this site--I am definitely not from the Cyberspace generation!
I will keep trying, though, so be patient when I post blanks!

Hi JG - I wondered where you disappeared to. I tried reaching your private email you gave me, but it did not seem to get through. I look forward to a more open minded conversation here than on my other site ( not the CQ ). I fear that one has been compromised by a messiah complex. Are you familiar with deborah a moore ? She seems to be a sincere thinker and patriot, and is completely frustrated with this site as well, but feels compelled to have some patronage to the Patriarch of that site. With your permission, I would like to invite her to join and end her self-doubts. Ilona, who invited me into your arena knows who she is, and could possibly give some advice. Talk to you soon, John

JG, just calling to thank you for clearing up some questions. I can't believe the number of old friends who live here now. The cream of the crop in my opinion, from all the old sites. The choice between you and any member on the blogosphere is easy. You have been the only member sticking her reputation on the line to back up my often stubborn stances. I do not forget those things. They kept my spirit from caving in a couple times. Be well and I hope to be on here more very soon.

Good to be here, Jerseygal and to see familiar faces!

I've started posting articles and will do so everyday. The MOST important for this day and this week coming is the EO obama signed. Friends, this is one more step in his socialist agenda which will be fulfilled by the end of his administration. Everyone must understand that he can and will a little at a time take it all..

Lee Duigon writes a short column like this almost daily, sometimes more than one daily, and I have his permission to re-post here. (He also writes fantasy novels, the first of which my son is enjoying immensely!)…

There is no 'Obamatroika' for ObamaCare by Silvio Canto, Jr.

There is no 'Obamatroika' for ObamaCare

Some of us are old enough to remember "perestroika."  It was Premier Gorbachev's desperate move to reform the USSR or save a system that was falling…

This Ning App is not visible to members on the Main page.

Jerseygal replied to NativeCollector's discussion Biden to Ask Congress to Suspend Gas Tax for 3 Months Amid Soaring Energy Prices
"I think is too little, too late! "
Wednesday

NativeCollector replied to Jerseygal's discussion British man turned away from giving blood after refusing to answer if he was pregnant
"I have a hard time grasping that people think this is normal. "
Wednesday

Jerseygal replied to Jerseygal's discussion British man turned away from giving blood after refusing to answer if he was pregnant
"I hear ya there Duke!  I do think we have a red wave coming in November.  I pray it will…"
Wednesday

Jerseygal replied to Jerseygal's discussion British man turned away from giving blood after refusing to answer if he was pregnant
"The insanity of the ‘woke’ is mind boggling, it’s it?"
Wednesday

Jerseygal replied to Edie Boudreau's discussion Update on my issues
"God bless you Edie, and thank you for your prayers!  Ethan has made a full recovery, regaining…"
Wednesday