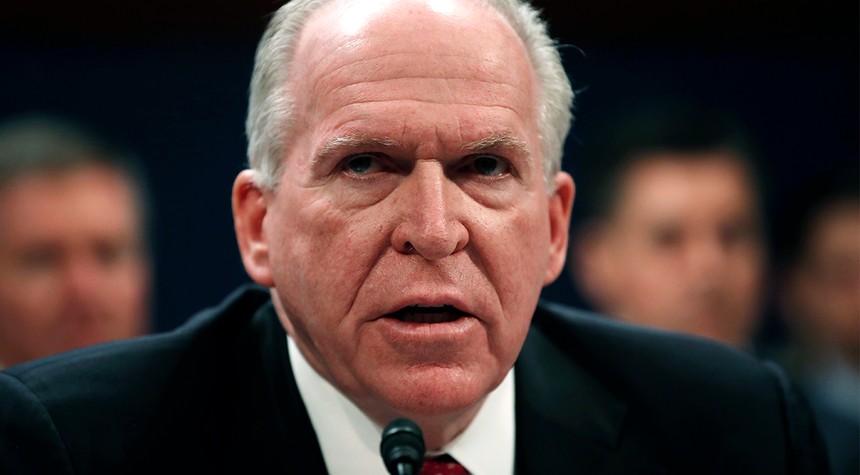 Just in case your trust in the CIA and other aspects of the intelligence community hadn’t already fully dissipated, I think this latest story might do the trick.

According to Buzzfeed, almost a dozen CIA employees were caught committing sex crimes, including against children, and were never properly brought to justice. The DOJ, even when the cases were referred to them, passed on prosecution in all but a single instance.

This is what a two-tiered justice system looks like.

Over the past 14 years, the Central Intelligence Agency has secretly amassed credible evidence that at least 10 of its employees and contractors committed sexual crimes involving children.

Though most of these cases were referred to US attorneys for prosecution, only one of the individuals was ever charged with a crime. Prosecutors sent the rest of the cases back to the CIA to handle internally, meaning few faced any consequences beyond the possible loss of their jobs and security clearances.

The crimes in question are horrific and would have landed a normal American in jail for possibly decades. Here’s a description of some of what occurred.

One employee had sexual contact with a 2-year-old and a 6-year-old. He was fired. A second employee purchased three sexually explicit videos of young girls, filmed by their mothers. He resigned. A third employee estimated that he had viewed up to 1,400 sexually abusive images of children while on agency assignments. The records do not say what action, if any, the CIA took against him. A contractor who arranged for sex with an undercover FBI agent posing as a child had his contract revoked.

The revelations appear to date back to the last few months of the George W. Bush years and continued into Barack Obama’s tenure. Requests for information that would have exposed these acts date back to 2012 and were made as recently as 2020.

What was the excuse for the DOJ not pressing charges in response? They were apparently concerned with exposing “sources and the methods.” So sexual predators were allowed to go free, only facing inter-agency disciplinary action, over the bogus concern that actually charging them would somehow hurt national security.

That’s an insane contention. We are talking about people who raped kids and viewed masses of child pornography, not super-secret double-agents working to take down China. There is no logic behind the idea that they couldn’t have been prosecuted. Instead, it’s much more likely that the DOJ passed on prosecution for the same reason they always do when it comes to the FBI, CIA, and DOJ itself — because they are all about protecting their own bureaucracies. Had this gotten out in the public sooner, it would have been embarrassing, and they can’t have that. I believe it’s that simple.

Meanwhile, these are the same outfits that sat on their high horses during the entirety of the Donald Trump administration, squealing about “foreign interference” and pretending they weren’t overtly political. Remember, all of this was known while John Brennan served as CIA Director under Obama. He didn’t ask for accountability, instead, keeping everything hidden. Then he went on MSNBC and CNN every week and waxed poetic about the evils of supposed “Russian collusion.” What a sick, sick way of thinking.

The deep state is real, and it’s absolutely disgusting

Thanks for the mention in Tids, Jodi!

Permalink Reply by Lawrence Brown on December 3, 2021 at 2:51pm
Our government FBI and CIA along with justice Dept. Have been rogue anti America for many years. Many think it just happened. Our long arm of law has done many illegal operations. It has happened under both parties. Biggest one against American people was Ruby Ridge, and Waco.

No surprise that the pedophiles in our government would protect each other from prosecution.

Think how much power these intelligence agencies have acquired. Administrations may change but they remain the same. They are the Deep State. Hint, it's not just the CIA either.

Dems, Biden White House Have No Plan As Midterms Approach

The ship is taking on water, and fast.With the 2022 midterms on the horizon and their poll numbers…See More
Apr 27
0 Comments 0 Likes

Alex Porteus is now a member of Fundamental Refounding
Apr 27
Welcome Them!

The world should be condemning what's happening in China right now. Yet the mainstream news is…See More
Apr 13
0 Comments 0 Likes

kwicgov55 replied to Watchman's discussion Naomi Wolf: A Resounding Defeat of Biden at Midterms Will Not Be Allowed
"The dems/rinos moto is to never let a crises go to waste, including a crises they manufacture. It…"
Apr 12

Naomi Wolf: A Resounding Defeat of Biden at Midterms Will Not Be Allowed

Naomi Wolf Fires a Warning Shot: A Resounding Defeat of Biden at Midterms Will Not Be Allowed, Look…See More
Apr 11
1 Comment 0 Likes

Jodi180 replied to Watchman's discussion BlackRock and Vanguard: The Two-Headed Thing that Ate America
"Who Are the Owners of Vanguard Group? Vanguard has a fairly unique structure in terms of investment…"
Apr 8

BlackRock and Vanguard: The Two-Headed Thing that Ate America

Watchman replied to Watchman's discussion Biden Telling Staffers He Wants the Justice Department to Prosecute Trump
"Assuming this is true, there are several takeaways: This is all about preventing Trump from ever…"
Apr 3

kwicgov55 replied to Jerseygal's discussion Study Claims 255,000 ‘Excess Votes’ for Biden in Battleground States
"Biden told everyone during one of his news conferences before the 2020 election, there was a plan…"
Apr 1

Lawrence Brown replied to Jerseygal's discussion Study Claims 255,000 ‘Excess Votes’ for Biden in Battleground States
"I said from day one that Trump actually won,but corrupt democrats had dead and illegals vote to…"
Mar 31

Jodi180 replied to Jerseygal's discussion Study Claims 255,000 ‘Excess Votes’ for Biden in Battleground States
"Waiting for this to come out from Dinesh D'Souza: 2000 Mules"
Mar 31