Unprecedented, Powerful Coalition ** Glenn Beck, Mark Levin and Sean Hannity are joining forces to help the country get back on what they feel is the right path.

Two heads are better than one, as the old saying goes. That surely means that three heads are even better.

If there’s any truth to that saying, the establishment in Washington and progressives everywhere are likely none too pleased to hear that conservative personalities Glenn Beck, Mark Levin and Sean Hannity are on the same page and joining forces to help the country get back on what they feel is the right path.

After previously allowing themselves to be caught up in a “stupid” competitive feud in talk radio, Beck revealed on his radio show Thursday that he has spoken with Levin and Hannity and they are all ready to start to “move together.” 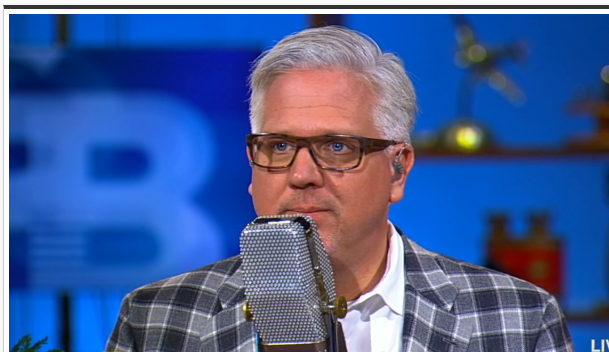 “I am grateful to this audience. I am grateful for you. There was a stupid feud, and the three of us, Sean, and Mark and I, have talked about it,” Beck explained. “And we know where it came from, and we know who was feeding us lies about each other. And this individual just expected that if they fed us enough lies about each other, we would never talk to each other. And that way he would be able to divide us and keep the Tea Party movement at bay and control it as much as he could or destroy it. And we were foolish.”

Beck also read a letter he wrote to Levin on his radio show Thursday:

While I don't see a down side to this, I do want to know 'who' fed this alleged feud.  Also, it seems Hannity and Levin were not at odds with each other.  I ask about the 'who' because I suspect it is not a Democrat.  I suspect it is someone in the establishment GOP.  But what do I know...  I'm not uniquely qualified to ... nevermind, I save that line for my coworkers....

Who in the GOP AND business community would like to keep the people quiet or divided while the minions they have had elected to Congress and the presidency establish policies that support their participation in the new world order?

I agree, JB.  We have been sensitized to the prospect of a new world order over the last few decades, if you think about it.  'Global' warming.  'Global' economy.  We accept those terms, don't we?  I'm sure there are others.

God has answered my prayers for America and our Constitution by creating the Conservative Team of Glenn Beck, Mark Levin and Sean Hannity. With the combination of the various talents you have, along with the millions of fans that all of you have--working together (and perhaps encouraging other major stars like Rush Limbaugh, Sarah Palin, Ben Carson, et al, to join you in forming a joint Council), you can create miracles. I hope the Confederation of States project using Article V of the Constitution will be one of your first priorities, as we all have so much damage to repair as quickly as we can.

Though I am a senior lady, I also have >30 yrs experience as a writer/editor/ producer/investigative reporter and entrepreneur in communication mediums. Six years ago I became a political activist, and with a friend I created a political web mall: ItsYourIssue.com, that would have given all U.S. citizens a VOICE to their representatives--because it was FREE, first of all, but also educational, and members could reach any politician through fax/email/phone in minutes. But it is still a skeleton, because though I sought a/many Strategic Partner(s) from every conservative organization or powerful individual that I could think of (and still am), I am not a VIP and have received no responses except for complimentary comments on political blogs.

It is a massive project, but anyone interested in checking it out can find the Executive Summary on the Home Page link "About This Site."  It details the major goals of the mall site (with links to other conservative sites), directions on how to use the site, and the need for technical/writing/marketing and management talent for funding the startup.  Advertising banners related to each member's zip code (linked to their own personal page) would be placed above each article or interactive letter to political representatives or media to maintain the site and provide any profits once it was active. It still could provide a major political tool.

I'm very interested in what they will do! I will be checking out your link, Edie! We all need to come together if we are to save this country!

Barbara Leypoldt replied to Robin's discussion Barr Announces Multiple Lawsuits as Part of DOJ Crackdown on Sanctuary Cities.. California, New Jersey and Washington
"ICE isn't playing around any longer. They are issuing subpoenas for all sanctuary cities and…"
18 hours ago

Barbara Leypoldt replied to Susan Taylor's discussion FORGET PARIS: United States Led Entire World In Reducing CO2 Emissions In 2019
"You will never hear this on the news. They just keep pushing this climate stuff and NEVER go after…"
19 hours ago

Wow! Dershowitz, “That’s going to come out in a lawsuit in the near future. Yeah.”Harvard Law…See More
19 hours ago
0 Comments 0 Likes

Thanks to Jodi for her continued hard work bringing us information!2/18/20TOP TIDTeam Trump just…See More
19 hours ago
0 Comments 0 Likes