Trump denies Pelosi aircraft for foreign trip, after call for State of the Union delay

Nancy Pelosi reported to have run into her office after the bus brought them back to Congress, and, poured herself a stiff drink!

President Trump on Thursday abruptly denied military aircraft to House Speaker Nancy Pelosi for a foreign trip just minutes before the congressional delegation was set to depart, in a stunning decision that followed her call to delay the State of the Union address amid the government shutdown.

In a curt letter, Trump said her trip has been “postponed.”

“Due to the Shutdown, I am sorry to inform you that your trip to Brussels, Egypt, and Afghanistan has been postponed. We will reschedule this seven-day excursion when the Shutdown is over. In light of the 800,000 great American workers not receiving pay, I am sure you would agree that postponing this public relations event is totally appropriate,” Trump wrote.

“I also feel that, during this period, it would be better if you were in Washington negotiating with me and joining the Strong Border Security movement to end the Shutdown. Obviously, if you would like to make your journey by flying commercial, that would certainly be your prerogative.”

According to sources, the president pulled the plug on her aircraft as she was about to leave for her overseas trip. Her congressional delegation's military aircraft was slated to leave at 3 p.m. ET.

An official said that “as soon as the president found out about the trip today, he took immediate action.” A source told Fox News that when moving to cancel Thursday's flight, the White House reasoned that the trip would keep Pelosi out of the country beyond next Tuesday night—when the next government pay period would occur.

"If she had gone on this trip she would have guaranteed that 800,000 federal workers would not receive their second paycheck because she would not have been here to negotiate any kind of deal," a senior White House official said Thursday.

But Pelosi's office fired back, with spokesman Drew Hammill saying the purpose was to meet with allies and "express appreciation & thanks to our men & women in uniform for their service & dedication" -- while noting there was no planned stop in Egypt.

First it was Hawaii. Then it was Puerto Rico. Then it was using military aircraft to fly overseas... all while the government is shut down.

Bravo to POTUS. The Speaker (and all members) should stay in Washington until Democrats can compromise and secure our southern border.

Adam "Full of" Schiff was left speechless as he got off the bus: Grounded: Trump Postpones Pelosi Trip With Perfect Response Letter.

I don't care what anyone thinks! This is HILARIOUS! Trump is the GOAT! 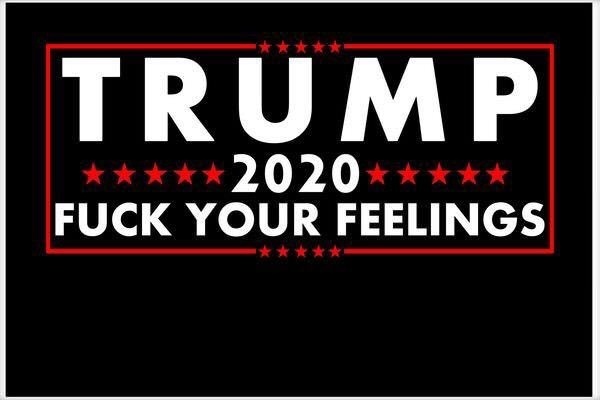 OMG THAT is so funny! LOL Perfect for his campaign!

I am so loving this move by the President! EPIC!

'They freed the president to make this an entertaining event'

‘Dilbert’ creator Scott Adams said Americans can thank House Speaker Nancy Pelosi if President Trump delivers one of the most entertaining State of the Union speeches of all time — at a venue of his choosing.

The writer behind “Win Bigly: Persuasion in a World Where Facts Don’t Matter” says Mr. Trump is creatively unshackled by Mrs. Pelosi’s attempts to snub him a Jan. 29 venue in the House. Mr. Adams, who was one of the first social commenters to predict the billionaire’s elector success, put it succinctly Thursday: “They just released the Kraken.”

Likened to an amalgamation between unstoppable sea monster and master showman, Mr. Trump will be able to craft the event in a way that accentuates his skills in Mr. Adams‘ view.

“This president, the most entertaining president of all time — even if you don’t like him you can agree with that, right? He’s the most theatrical, the most performance oriented, the most ‘show must go on,’ the most ‘bring me the attention,’ the most interesting,” Mr. Adams said.

Mr. Trump is currently in a battle of wills with Democrats over their refusal to give him a spending bill with $5.7 billion for a wall along the U.S.-Mexico border. VIDEO: STRANDED BUS with Pelosi and Democrat Lawmakers DRIVES CIRCLES AROUND US CAPITOL

I've heard a lot of murmurs on the internet about the possibility of another civil war. The problem…See More
Sunday
0 Comments 0 Likes