ERICKSON: The Road To Hell Is Paved With...Straws?

In parts of California now, a person can go into a public park, shoot up heroin, throw the used syringe on the sidewalk, walk into the street and then poop in the highway — all without consequence. But the moment that person pulls out a plastic straw and places it into a cup of God knows what, he could go to jail.

The city council in Santa Barbara, Calif. voted this past week to throw restaurant employees in jail for up to six months if they give plastic straws to customers. San Francisco is following suit, as are other progressive meccas like Seattle. A national chain of progressive homeless shelters and communal bathrooms operating under the name Starbucks is banning straws, too. You can get plastic cups with plastic lids, but straws are forbidden.

This is all part of the latest religious craze sweeping the United States, and it, like religions of old, has state sponsorship. As Christianity declines in America, religion and religious worship have not gone away. They have morphed into something new. Religion is the belief in a higher power that leads to the development of a system of worship, ethics and ultimately a defined theology related to understanding man's relationship to that higher power.

Universities and madrasas developed in the Middle Ages to educate people about the world through a theological lens. This has not changed, but American universities now have an underlying theological foundation different from their founding.

The religion is secularism. The god is creation, often articulated as mother nature or science. Secularists believe, like theologians of old, that their god can be understood through text, equation, and being in its presence. They have created a systematic theology with scripture, theological anthropology, ecclesiology, sacrament and eschatology. They are even willing to deviate from known and widely accepted science when it deviates from their theology, i.e. they take some things in contradiction to science as articles of faith like people are born gay and straight, people can choose to be boys or girls and life begins when feminists say so.

The chief sacrament for the left is abortion. Government must fund it and all must support it. There is a system of denials and sacrifice to show penance and humility. We must sacrifice plastic straws for the good of mother earth. We must recycle, sweat more during the summer, move into cities where cars can be more strictly limited and give up meat. Public education is sacrosanct because children must be indoctrinated into acceptance of homosexuality, the eradication of gender distinctions, environmentalism, etc.

Christianity believes people are individually and collectively sinful. Secularism believes people collectively are good, but individually can corrupt the whole. Christianity believes man must embrace Jesus Christ as Lord and Savior to find salvation. Secularism believes man must embrace the collective state to find salvation. Christians believe the individual is obligated to take care of others. Liberal Christians on their way out the church door into secularism read scripture as a call for society to enact social justice to build Heaven on earth. Fully converted secularists abdicate personal obligations to the state altogether.

Christianity upheld by sinners has not always lived up to its calling, but it also fueled the abolitionist zeal against slavery and sent missionaries to aid the poor. Secularism, convinced of the collective goodness of man, brought us Nazism, Communism and Socialism — the only difference between the three being that some still claim the latter two have never been authentically practiced.

The Christian worldview is the only consistent worldview to both explain what is happening on the planet and how to heal old wounds. Christians posit that mankind is sinful and we need our relationship with the Creator restored in order to even have good relationships between people. Progressives believe mankind is collectively good and the state should stamp out the individuals who would corrupt the whole. So while the Christian sees a need to fund homeless shelters and food banks with their own money, progressives let homeless people poop in the streets while demanding the state do something so long as that something does not involve straws.

In place of God, people will revert to worshiping the state or nature. Or, as is often the case today, a combination of both.

Outstanding post, Watchman! You really hit on what has happened in our country over time. It has taken 100 years, starting with Woodrow Wilson. The left slowly infiltrated every aspect of our institutions over the years and chipped away at the fabric of this nation piece by piece. We see the outcome of this every day. Some days I can't even believe the things I see and hear. It is all so foreign to me with the way I was raised by my parents.  I appreciate your posts, and, the thought you put into all of them. Thank you!

I wish I could take credit for it Robin, but I didn't write it. There are definitely religious undertones to what is going on in our county today. I've always said everyone has a religion, rather it's theistic or atheistic, and the Left's zeal for things like abortion and climate change can only be describe as religious fanaticism. I've heard someone call them fundamental secularists, I think that's a fitting term.

Well, even though you didn't write it, you post great stuff, Watchman!

Thanks Robin, I appreciate it. :)

California:  Once considered to be paradise by some has, by political fiat, become one of Dante's levels of Hell.

Thought this was funny as heck. 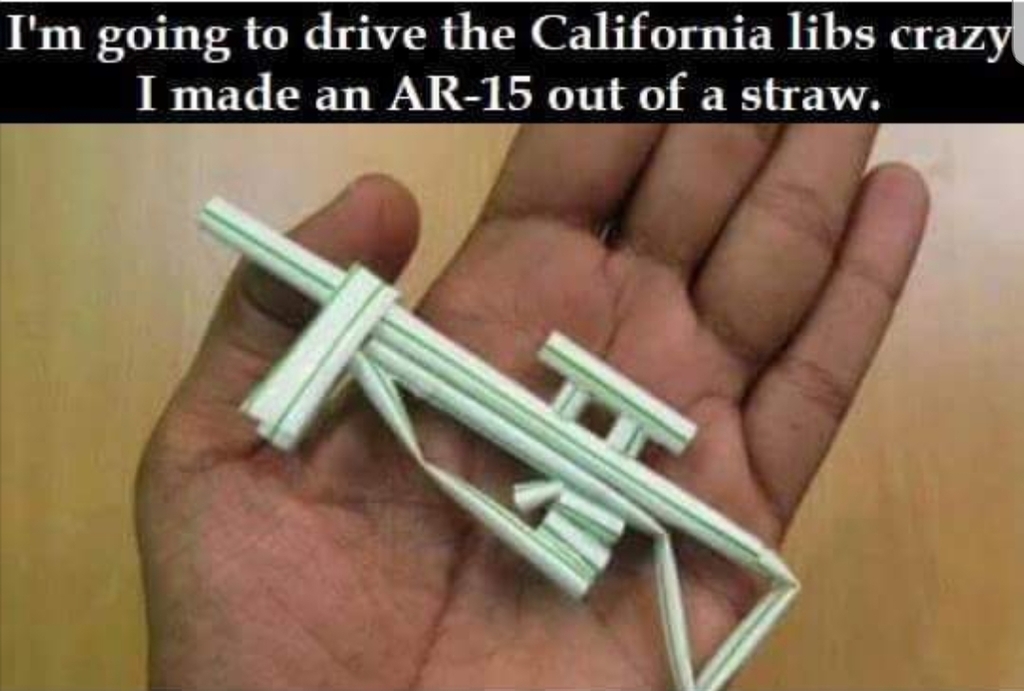