A WARNING About A Medical Treatment My Husband Was Getting For His Cancer, And, An Apology From Me!

I wanted to both warn everyone about a medical treatment my husband was getting for his cancer that has caused horrible side effects, in case you, or, anyone you know ever have to take it, and, apologize for being so absent on the site as of late! Rick has been in the hospital from May 29th until yesterday June 15th after having to undego surgery. He is now home with visiting nurses and I am giving him his IV Antibiotics myself every day.

The name is IVIG Immunoglobulins.  It is given to people for a whole variety of reasons, not just cancer.

Rick was getting this for his stage 3 Non-Hogkins Lymphoma because his immune system is compromised. His cancer lives in his lymph nodes. The Immunoglobulin transfusions were supposed to boost his immune system. Instead, it actually broke down the tissues in his lower extremities, causing his legs and feet to break out in 8 large ulcers, mimicking those ulcers you would see in a diabetic. He does not have diabetes.  If you notice any redness of skin or itching anywhere on your body after getting this, please tell the doctor immediately. Rick got very red palms and back itching at first, but, that went away, so, he kept getting it. Then, months later he started getting the ulcers.

We had no idea that in a very small percentage of people who get this (5%) it can cause the tissues in the lower extremities to actually break down and cause this problem. We have been treating these ulcers for months now, and, one ulcer actually turned necrotic. (Gangrene) Rick ALMOST lost his right leg.

Thank goodness for his infectious doctor and surgeon, they saved his leg.  It is good to have him home and to not be running to the hospital every day. Me giving him the IV every 8 hours is a bit nerve wracking, but, I can do this. Did it before.

I'll post some pictures for you all to see.

Thanks and God Bless 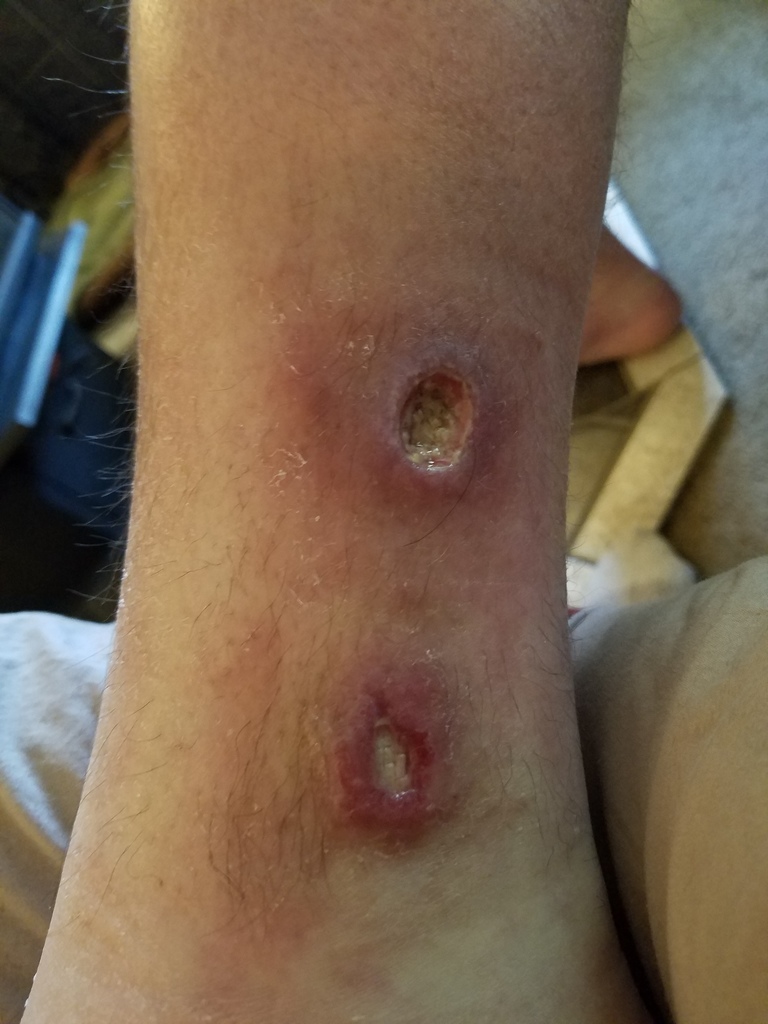 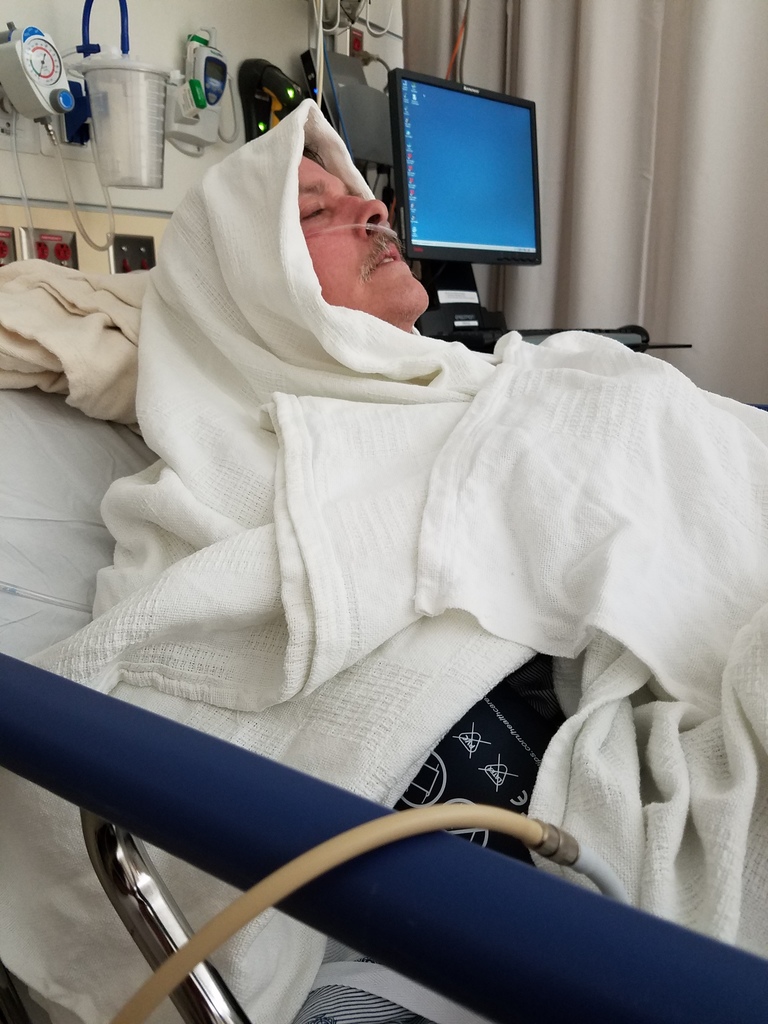 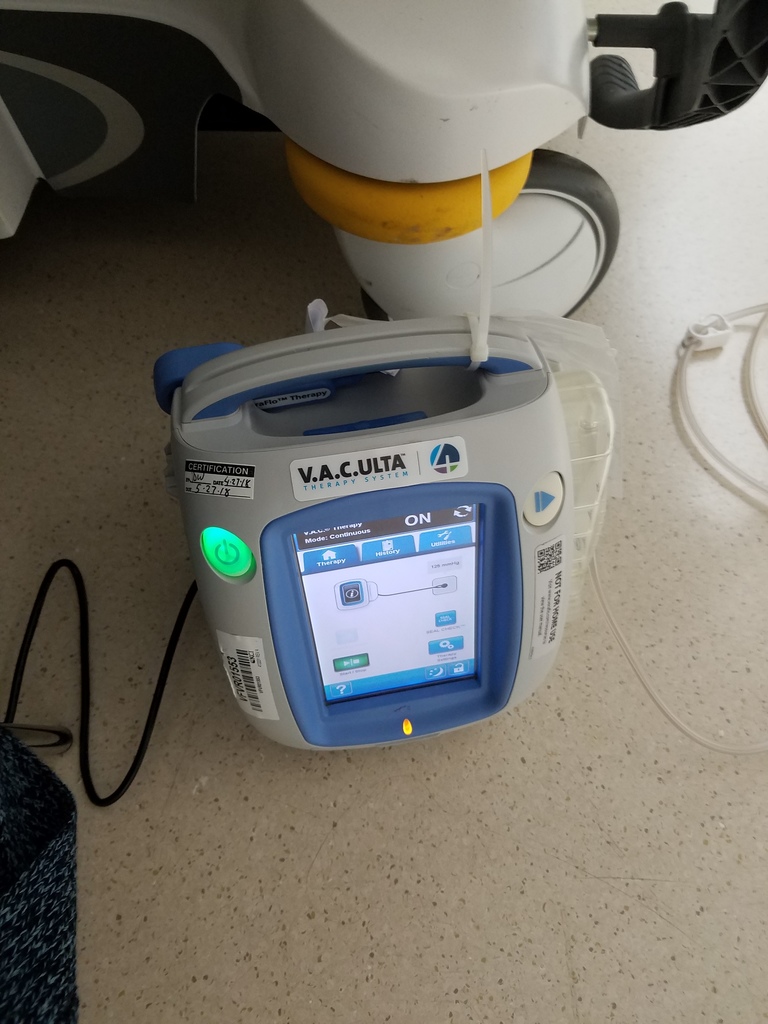 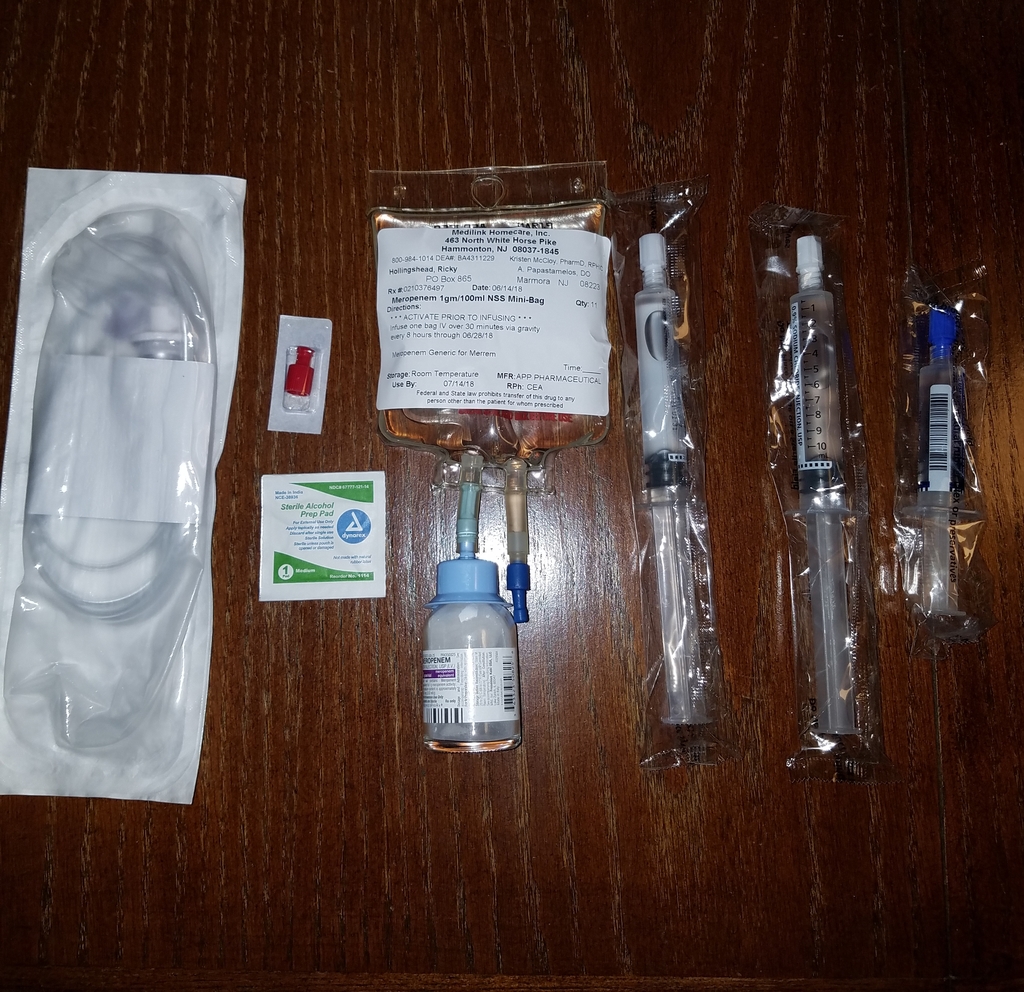 That is just for one IV Antibiotic treatement  I have to give him  ...

I have to do this every 8 hours.

Thank God that Rick has you there fighting all the way for him. I pray that he's doing better and also send my prayers for you to have the stamina to deal with everything.

About not being on the site as often as usual --your Husband is the most important thing in your life. Others can stand in and work with the site. This site has a wonderful membership who care about the country and each other, unlike other sites. God Bless You and Rick

I love your prayers, Ruthie! You know I pray for you all the time as well for your health issues.

We do have a wonderful membership and we truly DO love and care about each other. It's a great feeling and I am thankful for all of you.

Our site is a home for us all that have come to know and love one another over the past 10 years. We are so vastly different from that "other" site headed by a self serving, self absorbed, stalker from Murietta.

Robin,  Thanks for the update on Rick and his medical battles.  I am supporting your will power with my meditations.  You are a strong woman and we hope for a permanent remission of his cancer soon.

I thank you for your support with your meditations, JB! Wish we lived close so I could meditate with you. I am a pretty strong woman, but, I admit sometimes I crack under the stress. I go hide, have my meltdown in private for a few minutes, then bounce back pretty fast. Can't believe I even admitted that! LOL

Sorry that you and Rick are having to go through this battle. Thank you for sharing this information. I will share it with others that are fighting cancer. I am so sorry that Rick has had to suffer through these horrible side effects. There is no need for an apology. You have always been here for us, now we can be here for you. I will keep the two of you in my thoughts and prayers.

Thank you so much, Kwic and, you're welcome for the info. It is important for people to know things like this so they can take steps to avoid this nightmare that Rick has been going through. Had we known, he would have never taken this stuff.

I am so thankful for you and for your support. We can always be here for each other. That is a great feeling.

Robin, God bless you both!  I’m so thankful Rick is home, with you, the best caregiver on the planet!  Continued prayers for you both, and mega hugs! <3  We appreciate the update, and the heads up about treatments!

Thank you, Girlfriend! I am very happy he is home too. The running was starting to get to me. Love ya!

Robin, both you and your husband are at the top of my prayer list.  I can't say I know what you're going through, but my sister-in-law does, as she took care of my elder brother until the end.  I pray for God's will in your husband's condition.  The Lord is the great healer/the great physician.  I know, because I'm living proof. (That story for another time.)  Please do not apologize for being there for your husband, no apologies needed, none expected.  Blessed are the care givers, and you are certainly that!